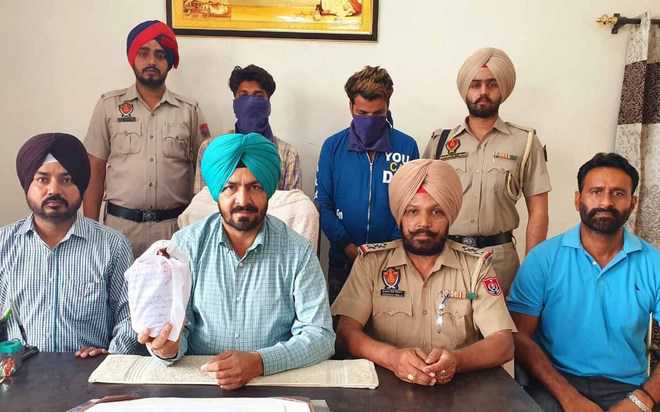 Drug peddlers in custody of the special task force in Ludhiana on Sunday. tribune photo

The STF in-charge, Harbans Singh, the scooter-borne peddlers were on way to deliver consignment of drugs to their clients in Nanda Colony. They were stopped at a for checking at the naka, he added. During search, 712 gm of heroin was recovered from the scooter’s dicky, he said. One digital weighing machine and 90 small size polythene sachets were also recovered, he added.