NEW DELHI: The Maldives foreign ministry has denied media reports suggesting that India had offered a billion dollars in assistance for a military base in the archipelago nation. 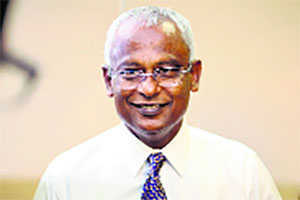 The Maldives foreign ministry has categorically denied media reports suggesting that India had offered a billion dollars in assistance for a military base in the archipelago nation.

This comes just days after the new Foreign Minister Abdullah Shahid, along with two other cabinet ministers, visited India on his first official trip.

In a formal statement, the Maldivian MFA said, “The Government of Maldives categorically refutes media reports alleging that it is planning to allow the establishment of an Indian military base in the Maldives, in exchange for financial assistance or other material benefits. The allegations are baseless and aimed at discrediting the efforts of the government as it starts to rebuild good relations with its neighbours and the rest of the international community.”

The statement added, “The government assures the Maldivian people that it will always act in the national interest of the Maldives and will not undertake any international engagement that will compromise the sovereignty and independence of the country.”

After the ouster of pro-China authoritarian Yameen in recent presidential election, new President Ibrahim Solih will travel to India on December 17 on his first overseas visit since assuming office this month. Earlier, during his oath-taking ceremony PM Modi was the highest-ranking foreign leader present at the National Stadium in Male and the two leaders had a meeting soon after.