NEW DELHI: Army chief General Bipin Rawat on Tuesday downplayed any movement on either side of the LoC saying every country does “precautionary” military movement. 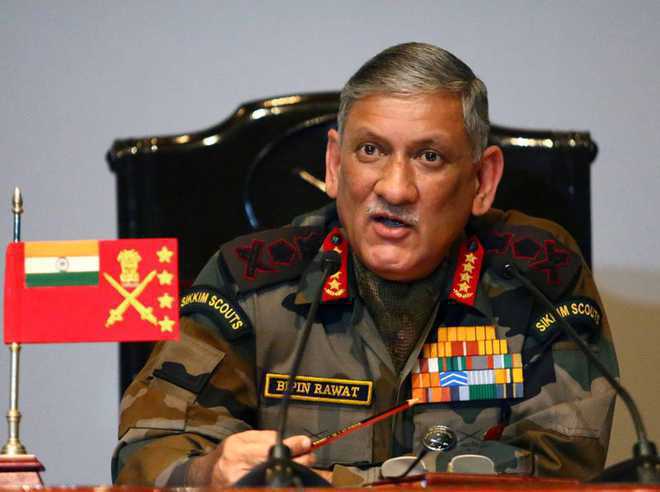 Indian Army chief General Bipin Rawat on Tuesday downplayed any movement on either side of the Line of Control (LoC) and said every country does “precautionary” military movement, and it was nothing to be “concerned about”.

He was speaking to the media on the sidelines of function organised by the Society of Indian Defence Manufacturers (SIDM) in the national capital.

His remarks come at a time when India and Pakistan are sparring on the August 5 decision to remove Article 370 which granted special status to the erstwhile state of Jammu and Kashmir.

On being asked about reports of military movement by Pakistan along the LoC, General Rawat said: “Everybody will take precaution. Any country will do that, don’t get too concerned about it.”

The General added: “If the adversary wants to activate the LoC, the choice is his”.

In military parlance ‘activating the LoC’ means firing across the LoC —the 749 km line that forms the defacto boundary between India and Pakistan.

On being asked about movements on the Indian side, the Army chief said: “That is precautionary, don’t get worried.”

“As far as the Army and services are concerned, if anything goes wrong we have to be prepared,” General Rawat added.