NEW DELHI: The AAP government on Monday told the Delhi High Court that the ‘Chinese manja’ would be banned soon as it is “conscious of injuries” caused by the kite-flying thread made of nylon. 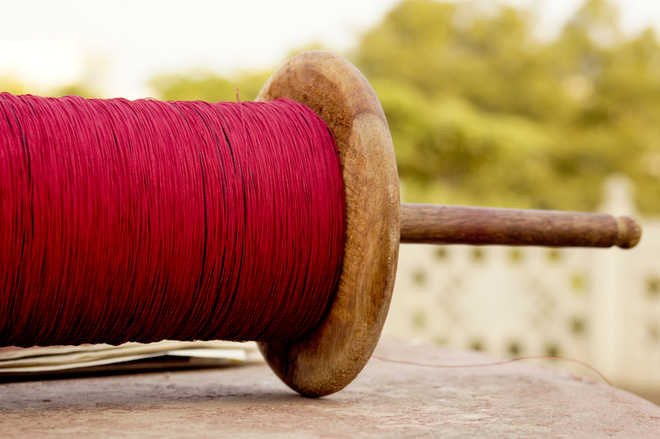 The AAP government on Monday told the Delhi High Court that the ‘Chinese manja’ would be banned soon as it is “conscious of injuries” caused by the kite-flying thread made of nylon.

A bench of Chief Justice G Rohini and Justice Sangita Dhingra Sehgal was informed that the Delhi government was in the process of issuing a notification for banning ‘Chinese manja’ and only allowing kite-flying with a cotton thread or natural fibre “free from any metallic or glass components”.

“A draft notification imposing complete ban on sale, production, storage, supply and use of nylon, plastic and Chinese manja and any other kite-flying thread that is sharp or made sharp such as by being laced with the glass, metal or other sharp objects in Delhi and allowing kite-flying only with a cotton thread/natural fibre, free from any metallic/glass components was prepared by the Environment Ministry of the Delhi government and vetted by the Delhi government’s Law Department.

“The proposed draft notification is under process from the competent authority,” the Delhi government said in their affidavit.

The AAP government’s response came in the backdrop of the court’s notice issued to it on a plea seeking prohibition on the manufacture, sale, use and purchase of ‘Chinese manja’, alleging that it is “razor sharp” and had caused several deaths across the country as it is capable of cutting human flesh.

The petitioner, Zulfiqar Hussain, has alleged in his plea that earlier the “victims” of the synthetic thread were birds, “but now humans are also under threat” and referred to the recent death of a 28-year-old man in East Delhi whose throat got slit allegedly by such a thread while he was riding a motorbike. PTI

Study: 2-year drop in life expectancy due to Covid-19 virus