RANCHI: A doctor in Jharkhand prescribed pregnancy test to two young men in Chatra district after they complained of stomach pain. 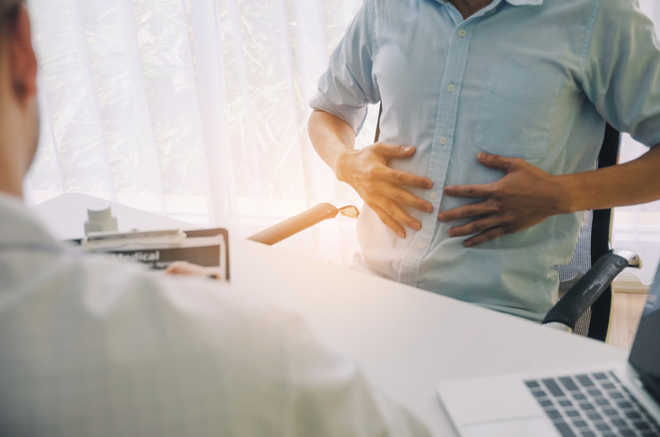 Ranchi, October 14
A doctor in Jharkhand prescribed pregnancy test to two young men in Chatra district after they complained of stomach pain.
Besides pregnancy test, Mukesh Kumar, a government hospital doctor, also asked Gopal Ganjhu and Kameshwar Janhu to undergo tests for HIV and haemoglobin. Following this, the two men complained against the doctor to Arun Kumar Paswan, the civil surgeon of Chatra district.
"A probe has been ordered into the matter," Paswan told reporters. Kumar,  however, has denied the allegation. In July, another doctor in East Singhbhum district had prescribed condoms to a woman who had complained of stomach pain. Only when she visited a pharmacy, she realised that the prescribed medicine on the prescription was a condom. IANS
SHARE ARTICLE