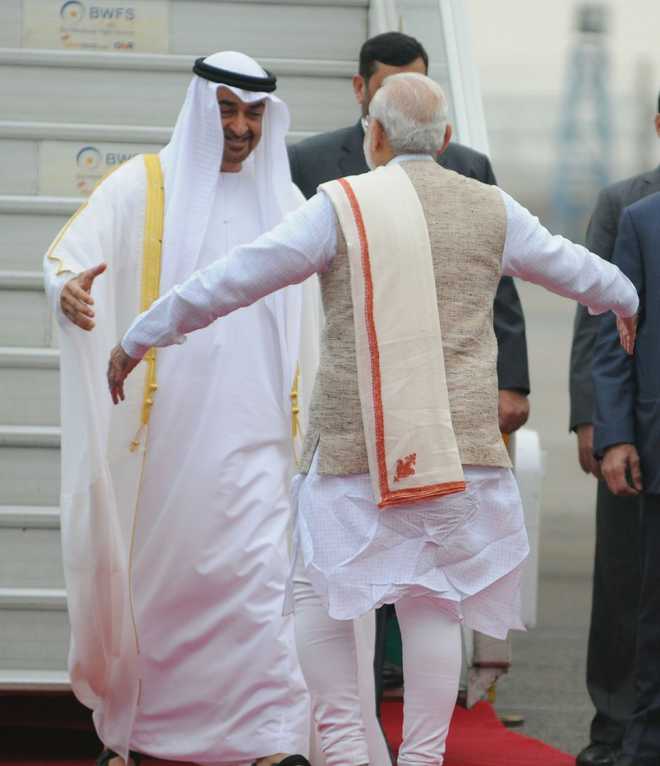 Modi welcomed Sheikh Mohamed after he alighted from the aircraft with a warm hug.

This is Sheikh Mohamed's second visit to India after his visit in February 2016.

Ties between India and the United Arab Emirates (UAE) have been on the upswing ever since Modi made a historical visit to the Gulf nation in August 2015.

It was the first prime ministerial visit from India to the UAE in 34 years after the visit of then Prime Minister Indira Gandhi in 1981.

On Wednesday, Modi and Sheikh Mohamed will head bilateral delegation-level talks following which a number of agreements, including one on creation of an investment fund, are expected to be signed.

The visiting dignitary will also call on President Pranab Mukherjee and have a meeting with Vice President Hamid Ansari.

On Thursday, Sheikh Mohamed will attend the Republic Day parade as the chief guest. A contingent of the UAE armed forces will also march along with the Indian armed forces during the parade.

The UAE is home to around 2.6 million expatriate Indians. — IANS