MUMBAI: The reports of assets worth hundreds of crores being seized from the Wadhawan family and office-bearers of the troubled PMC Bank Limited have sparked off optimism among members of Mumbai’s Sikh community. 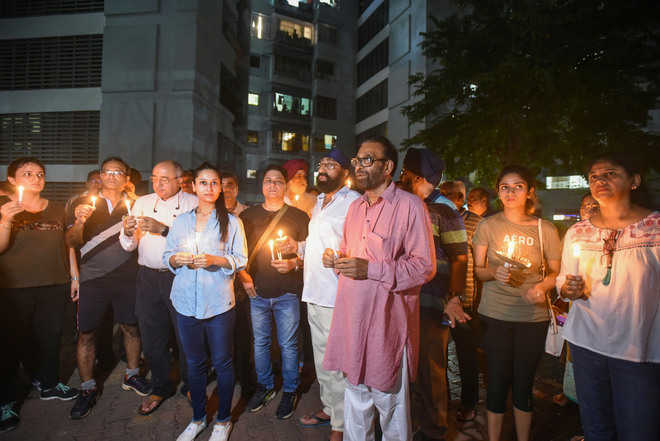 PMC depositors at a march for late Sanjay Gulati, in Mumbai. pti

The reports of assets worth hundreds of crores being seized from the Wadhawan family and office-bearers of the troubled PMC Bank Limited have sparked off optimism among members of Mumbai’s Sikh community.

“PMC Bank is not closing down. The depositors’ money is absolutely safe and the bank has enough assets as collateral that can be sold to recover money lent to borrowers,” says Tara Singh, BJP MLA from Mulund in Mumbai.

According to Singh, his father Partap Singh was one of the founders of the bank that was founded in the 1980s to cater to small businessmen like transporters and taxi drivers from the Sikh community.

Though Singh is not an office-bearer in the bank, his son Rajneet was one of its directors. The BJP has not fielded Tara Singh in next week’s Assembly elections and efforts by him to get the party ticket for Rajneet failed because of the latter’s link to PMC Bank.

Tara Singh refuses to speak on what went wrong at the PMC Bank and its close links to the Wadhwan family, promoters of Housing and Development Infrastructure Limited (HDIL), which is facing bankruptcy.

Prominent leaders of the Sikh community who have been meeting in Mumbai ever since the Reserve Bank of India announced restrictions on money withdrawal by depositors last month have been discussing various measures to help rescue the bank.

“We are in the process of collecting information from the depositors and we will file a petition in the High Court,” says Raghubir Singh Gill, president, Guru Singh Sabha.

Leaders of the Sikh community who are in touch with the Mumbai police feel assets being seized from the former office-bearers of the bank and the Wadhawans be sold so that depositors’ funds could be restored.

Investigators from the economic offences wing of the Mumbai police claim to have attached plots of land, hotels, commercial and residential properties belonging to the Wadhawans and former office-bearers of the bank – former Chairman Waryam Singh and former MD Joy Thomas.

Meanwhile, depositors, including those from the families of founders, blamed the RBI for poor governance. Former director Amarjit Singh Kochchar felt the central bank, which conducts regular audits of all banks, should have discovered the financial misappropriation long ago.

“The RBI is also responsible since its auditors found nothing,” says Kochchar, whose father was one of the founders of the bank. According to Kochchar, PMC Bank owned premises of 100 of 137 of its branches and had enough assets of its own to cover depositors’ funds.

Incidentally, members of Mumbai’s Sikh community maintain that bank should maintain its identity and should not be merged with any other bank.

At one of the meetings at Guru Singh Sabha, several big depositors, including trustees of several gurdwaras, educational institutions and hospitals belonging to the Sikh community, felt they should give an undertaking not to withdraw their funds for the next few years till the bank is able to recover its losses.

Several leaders of the community felt the PMC Bank would bounce back to its original glory once professional administrators were appointed to manage it.