The Boss is back with his 19th studio album Western Stars, and decides to go all out country. 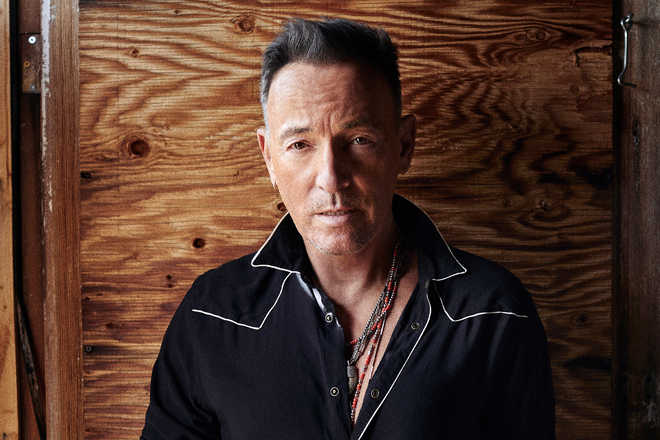 The Boss is back with his 19th studio album Western Stars, and decides to go all out country. With a fearless horse jumping free in a grassland landscape on the cover, Springsteen provides a cowboy storybook of war-tales, as a credit to his own career, showing his scars and inviting us to listen-in on his enduring life. The extensiveness of the album is captured in the gentle accent of the piano, the weeping of the steel guitar and the swelling orchestral arrangements. Western Stars opens with a steady paced Hitch Hickin’, a mellow track with seamless acoustic sequences. Springsteen keeps the lyrical content light, though some reflection on past glories appears faintly from time to time. The most emotional and flamboyant track here, Sundown, tells about being stuck in a city that “ain’t the kind of place you want to be on your own.” Western Stars is unmistakably an old fashioned album as Springsteen croons on alluring pop romancers like There Goes My Miracle. In Drive Fast (The Stuntman), he personifies a hardworking Hollywood stuntman, who has accepted his destiny as an ageing player who has learnt to live with his scars. “Pins in my ankle, steel rod in my leg…looking for any kind of drug to lift me up” talks about his love for the job despite the struggle. Somewhere North of Nashville stands out for its minimal instrumentation, which contrasts from the other symphony-laden songs. Producer Ron Aniello, Springsteen’s wife, Patti Scialfa, accordion player Charles Giordano, pianist Matt Rollins and multi-instrumentalist Jon Brion, all appear here, as if to fulfill Springsteen’s coyboy dreams. Chasin’ Wild Horses is a tribute to the workers who are “out before sun-up/In after sundown” as they work hard like the tamed wild horses. The album closes with Moonlight Motel. It’s an achingly gorgeous composition about an abandoned hotel on a road no one takes anymore. He sets the scene emotively, “Now the pool’s filled with empty, eight-foot deep/ Got dandelions growin’ up through the cracks in the concrete.” The production is abundant without being overwhelming, the acoustic guitars and pedal steel sound arrangements are nostalgic but never overly sentimental. Absolutely gorgeous.