CHANDIGARH: In another initiative to break deadlock over the main event to celebrate the 550th Parkash Purb of Guru Nanak Dev, the Captain Amarinder Singh-led government on Tuesday offered to hold the function at Sultanpur Lodhi on November 12 under the patronage of Akal Takht and with the support of the SGPC. 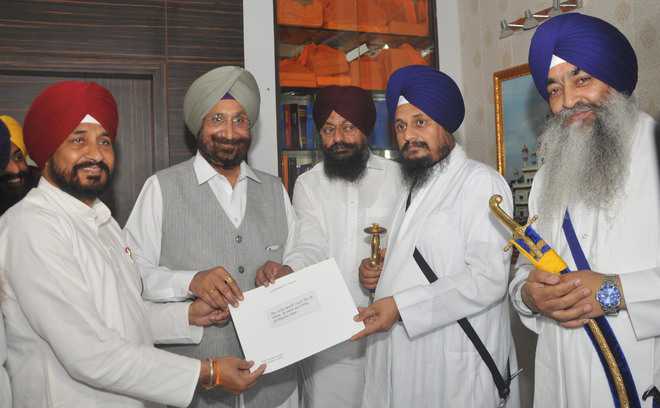 In another initiative to break deadlock over the main event to celebrate the 550th Parkash Purb of Guru Nanak Dev, the Captain Amarinder Singh-led government on Tuesday offered to hold the function at Sultanpur Lodhi on November 12 under the patronage of Akal Takht and with the support of the SGPC.

The CM spoke to Jathedar Giani Harpreet Singh over the phone, while his Cabinet colleagues Charanjit Channi and Sukhjinder Randhawa met him to convey the message.

The ministers said they urged Giani Harpreet Singh to direct the SGPC to support official events and not waste Rs 12-15 crore of public money on setting up a separate stage, especially when the state had already raised the required infrastructure for key programmes. Channi said the donation money could be utilised in furthering the cause of the religion, which was one of the prime objectives of the SGPC. Moreover, two separate events would confuse the devotees, he said.

As per the proposal, no political speeches would be allowed at the main function and only Jathedars of the five Takhts, head granthi of Darbar Sahib, Prime Minister or senior representative of the Union Government, former PM Dr Manmohan Singh, CM and SGPC president would be present on the stage.

Giani Harpreet Singh said he would convene a meeting of all five jathedars next week to finalise the programme for the main functions, slated to be held on November 11-12 at Sultanpur Lodhi where devotees from across the globe were expected to converge.

The ministers told the Jathedar that the state government felt that in keeping with the importance of the historic occasion, the Sikh community should stand together for the celebrations.

Capt Amarinder has suggested the community to bow before Akal Takht and come together under its aegis for the event. No Sikh should have any problem in celebrating the Prakash Purb under Akal Takht. The state had no issues with the SGPC conducting related events separately within the gurdwara premises, the ministers said.