NEW DELHI: The Centre said today that it would install a high-powered telescope on the Indo-Pak border to enable devotees across India to get a full view of the Kartarpur Sahib. 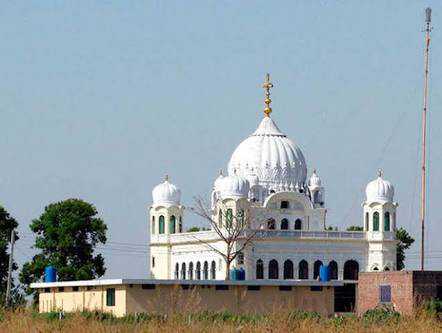 The Centre said today that it would install a high-powered telescope on the Indo-Pak border to enable devotees across India to get a full view of the Kartarpur Sahib.

The move is part of the year-long celebrations to mark the 550th birth anniversary of Guru Nanak.

Addressing a press conference, Culture Minister Mahesh Sharma said since there was no direct permission to Indian devotees to visit the historic Kartarpur Sahib shrine across the border, a decision had been taken to install a high-powered telescope on the border to capture the shrine and then telecast the view on a life-size screen.

“The view of Kartarpur Sahib will be available to the entire nation through this high-powered telescope which the Ministry of Science and Technology will steer,” Sharma said.

The Shiromani Gurdwara Parbandhak Committee (SGPC) has been chosen by the Centre as a knowledge partner for the 550th Parkash Utsav celebrations. The minister said the occasion would be marked not just in India but across the world.

There was a proposal to translate Gurbani into all Indian languages and major world languages, he said, besides setting up Chairs in the name of Guru Nanak in Indian universities and some world universities, including those in the UK and Canada, where the Sikh diaspora is in huge strength.

“An international seminar has also been planned in New Delhi,” Sharma said.

Further, the Home Ministry will start a museum train which will cross all locations visited by Guru Nanak during his lifetime.