Crabs can work through maze and remember route to find food

LONDON: In a first, researchers have found that common shore crabs can work their way through a complex maze in order to find food, and can even remember it two weeks later. 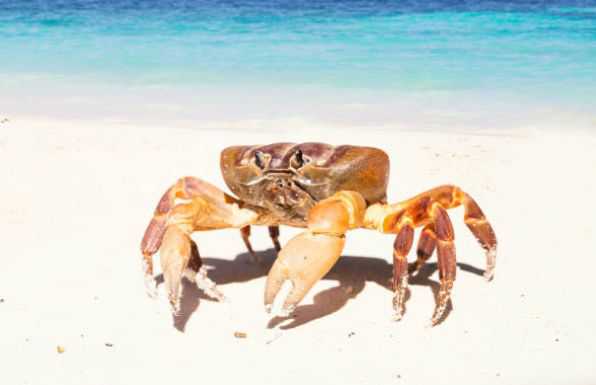 The researchers tested 12 crabs over four weeks, placing food at the end of the maze each time. Representative image: iStock

LONDON: In a first, researchers have found that common shore crabs can work their way through a complex maze in order to find food, and can even remember it two weeks later.

The researchers, including those from Swansea University in the UK, tested 12 crabs over four weeks, placing food at the end of the maze each time.

They said that the maze had three dead ends, and to reach the end of the maze the crabs needed five changes in direction.

According to the researchers, the findings can help in designing experiments to understand how changing ocean conditions may affect survival abilities of other marine animals.

The study, published in the journal Biology Letters, revealed that the crabs steadily improved both in terms of the time taken to find the food at the end of the maze, and in the number of wrong turns taken.

The researchers said that when the crabs returned to the maze two weeks later but without any food present at the end, they all reached the end of the maze in under eight minutes—a sign that they had not sensed their way through, but remembered the route.

While earlier studies had shown that insects—especially ants and bees—possessed special mental abilities, the researchers said that such skills were not known to be present in their aquatic counterparts.

“The fact that crabs show a similar ability to insects is, in some ways, not that surprising but it is great to be able to show it so clearly. This work opens the door to more sophisticated experiments looking at how changing ocean conditions might affect crabs’ ability to learn and adapt to find food in future,” said Ed Pope, co-author of the study from Swansea University.

The researchers added that similar studies can throw some light on how other marine animals may adapt to the climate crisis in the future.

“Gaining a baseline understanding of the lives of the animals that are going to actually be impacted by the changes in our future oceans is really important. That doesn’t just mean the big charismatic animals, it means things like crabs that are so important for the food chain,” said study co-author Mary Gagen of Swansea University. PTI