LONDON: Consumption of soft drinks—whether sweetened with sugar or artificial sweeteners—may be associated with an increased risk of premature death, according to a study. 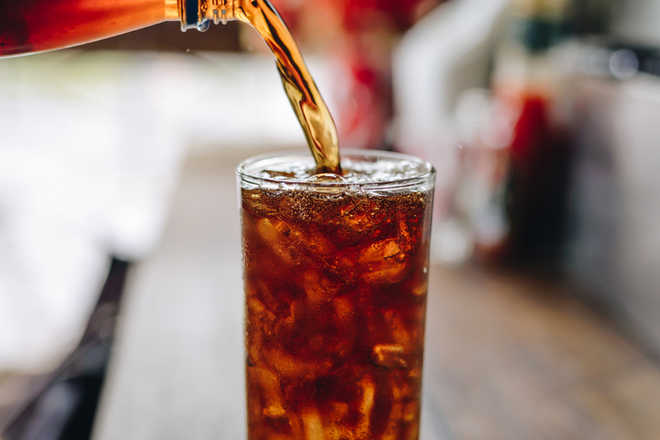 Consumption of soft drinks—whether sweetened with sugar or artificial sweeteners—may be associated with an increased risk of premature death, according to a study.

The study, involving over 4,50,000 participants from 10 European countries, found that those who drank two or more glasses of soft drinks, including sugar-sweetened and artificially sweetened soft drinks, per day had a higher risk of mortality from all causes than those who consumed less than one glass per month.

The study, published in the journal JAMA Internal Medicine, surveyed participants on their food and drink consumption between 1992 to 2000 and followed up an average of 16 years later.

“This study adds to the growing body of evidence that suggests possible negative associations between soft drinks and common causes of deaths such as heart disease and stroke,” said Jonathan Pearson-Stuttard from Imperial College London in the UK.

While the study found an association between consumption of soft drinks and increased mortality the researchers stress that the link is a complex one and cannot be assumed to be causal.

“We found that compared with those reporting low consumption, participants who reported high consumption of soft drinks were at greater risk of all-cause death in our study sample,” said Neil Murphy, one of the study’s lead authors, based at International Agency for Research on Cancer (IARC) in France.

“This doesn’t mean that soft drinks cause early death as in these types of studies there are other factors which may be behind the association we observed,” Murphy said.

“For instance, high soft drink consumption may be a marker of overall unhealthy diet. Also, in our study, high soft drinks consumers had higher body mass Index (BMI) and were also more likely to be current tobacco smokers,” he said.

“Additionally, and importantly, we generally saw similar associations in people smoking and non-smoking and among lean and obese participants which adds weight to the soft drink and mortality association not being strongly influenced by smoking habits and BMI,” Murphy said.

“However, we cannot rule out the possibility that these factors were influencing our findings, hence why we cannot say the associations we observe are causal,” he said. PTI