Indian cricket will continue to prosper under Ganguly: VVS

NEW DELHI: Batting legend VVS Laxman said Indian cricket will undoubtedly continue to prosper under former skipper Sourav Ganguly, who is set to take over the reins of BCCI. 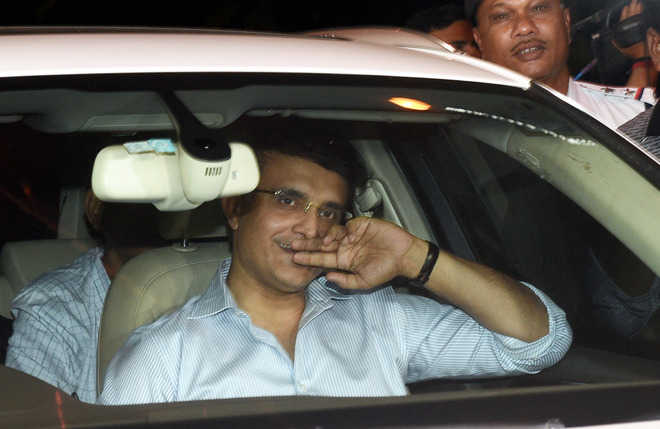 BCCI president-designate Sourav Ganguly in a cheerful mood after getting a rousing welcome on his arrival at the Kolkata airport. PTI

Batting legend VVS Laxman said Indian cricket will undoubtedly continue to prosper under former skipper Sourav Ganguly, who is set to take over the reins of BCCI. “Congrats @SGanguly99 on becoming the President of @BCCI. I have no doubt that under your leadership Indian Cricket will continue to prosper. Wishing you lots of success in your new role Dada,” Laxman tweeted.

Amendments to conflict of interest clause

Former players could soon be allowed to perform multiple roles at the same time as the Committee of Administrators (CoA) has recommended amendments in the contentious conflict of interest clause in the board’s constitution. In the existing constitution, no person can perform multiple cricketing roles at the same time and that has led to conflict of interest allegations against some of the biggest names in Indian cricket including Sourav Ganguly, VVS Laxman and Kapil Dev.

In its 11th and final status report submitted to Supreme Court on Monday, the CoA proposed amendments to Rule 38 in the BCCI constitution. — Agencies