Sumit, Nikhat among 8 Indians in final

NEW DELHI:Sumit Sangwan (91kg) and Nikhat Zareen (51kg) were among the eight Indian boxers to make the finals, while five others settled for bronze medals in the 56th Belgrade International Tournament in Serbia. 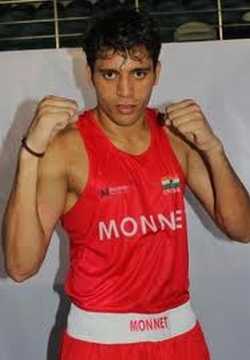 Sumit Sangwan (91kg) and Nikhat Zareen (51kg) were among the eight Indian boxers to make the finals, while five others settled for bronze medals in the 56th Belgrade International Tournament in Serbia.

Sangwan defeated Greece’s Vagkan Nanitzanian after his side threw in the towel in the third round of the bout. Sangwan, making a comeback from a wrist injury, will square off against Ecuador’s Castilo Torres in the final.

Nikhat, returning to the ring after an injury-forced break, out-punched Serbia’s Nina Radovanovic for a unanimous 3-0 win. Nikhat will be up against Aikaterini Koutsogeorgopulou of Greece in her summit clash.

Himanshu defeated Frenchman Mohamed Radji 3-0, while Laldinmawia staved off a stiff challenge from Algeria’s Mohamed Flissi for a 2-1 win.

Varinder didn’t have to toil hard for his 3-0 triumph over Algerian Khalil Litim, while Pawan claimed a 3-0 win against local hope Aleksander Popovic.

Jamuna claimed a 2-1 victory over Poland’s Laura Gryzb, before Lalfakmawii got the better of Russian Aleksandra Dmitrieva in her semifinal bout.

Settling for bronze medal among the men was Narender (+91kg) who went down to Serbian Vladan Babic in a split verdict.