CHANDIGARH:A day after Punjab Governor and UT Administrator VP Singh Badnore announced a financial assistance of Rs 150 crore for the Municipal Corporation (MC), MP Kirron Kher today told the corporation not to spend all funds on community centres and instead take up road-related works first. 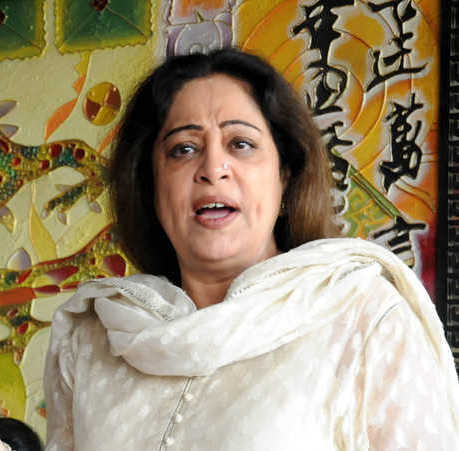 A day after Punjab Governor and UT Administrator VP Singh Badnore announced a financial assistance of Rs 150 crore for the Municipal Corporation (MC), MP Kirron Kher today told the corporation not to spend all funds on community centres and instead take up road-related works first.

“Now, you should be happy that you have got Rs 150 crore…but do not spend all funds on community centres. First, repair roads and then do other works,” she told a gathering of councillors and MC officials from the dais during the inaugural day of a two-day kirtan samagam being organised by the civic body to commemorate the 550th birth anniversary of Guru Nanak at Sector 34 here.

Last month, Kirron had told Chandigarh Tribune that the Centre had allocated sufficient funds, but the MC should reduce its expenditure and spend money wisely. She had also expressed displeasure over the MC exhausting its fixed deposits.

MC Commissioner KK Yadav, who was also present at the venue, said the MC had to complete road works worth Rs 120 crore by March 2020. For now, they would take up road works pending till March 31 this year, he said.

Officials said recarpeting of various stretches was due since 2017 and 2018 and could not be done for want of funds.

Last month, the MC had got Rs 15 crore from the UT Administration for road recarpeting, but owing to slow pace of work and several formalities, residents are yet to see any improvement in the condition of roads. Commuters continue to have a bumpy ride in several parts of the city.

Of the Rs 150 crore announced for the MC yesterday after a delegation all-party councillors, led by Mayor Rajesh Kalia, met Badnore, Rs 50 crore are meant for road recarpeting.