NEW DELHI: Vanquishing India on their home turf is huge for this Australian side and it’s time to relish the victory than thinking about the World Cup which is still far away, says opener Usman Khawaja. 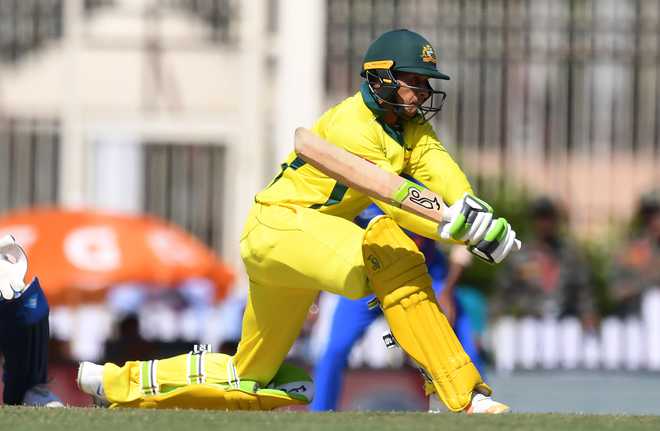 Vanquishing India on their home turf is huge for this Australian side and it’s time to relish the victory than thinking about the World Cup which is still far away, says opener Usman Khawaja.

“It’s huge. Just winning a series in India is huge. It’s a tough place to come and play cricket, against a very good side. They beat us in Australia, so to come back from those first couple of losses and win three in a row to win the series is a great feeling,” said Khawaja after being adjudged the man-of-the-series.

“We’re playing well right now. We are just going to enjoy this series win at the moment. We’ve still got another five one-dayers to come against Pakistan, who are also a decent side. For us now it’s not to look too far ahead, we want to enjoy this win first.”

Asked if the stunning performance makes Australia favourites to defend their World Cup title, Khawaja said, “I’m not sure.”

“After playing cricket for a long time, I know if you look too far ahead you get in trouble. We have got to keep our heads down, keep working hard. Hopefully if we do that, everything else will take care of itself,” he added.

Former skipper Steve Smith and David Warner will not be part of the squad for the Pakistan series but are expected to make their way into Australia’s World Cup squad.

Asked if the current team members are aware about the competition for slots, Khawaja said, “I don't think anybody is really thinking about that.”

“Everyone’s just really enjoying playing cricket right now. Playing one-day cricket in India is always tough. But winning the last couple of games has been very enjoyable. Even the first couple of games we lost, I think there was a really good vibe in the group.

“Everyone was working really hard, having a lot of fun outside of it and during training and everything that goes with it. I think everyone’s gelled really well together. Everyone’s just really enjoying the success we’ve had over the last three games. Nobody is really looking too far ahead.”

Talking about his own terrific form in this series, Khawaja said it was very satisfying to play a part in the team’s victory.

“Feeling good at the moment. But never take it for granted to be honest. To be honest I am enjoying the wins more. It’s nice to get runs but it always hurts when you don’t win,” he said.

“From a personal point of view, it’s huge. The man-of-the-series in a one-day series in India. I wasn’t in the one-day side this time last year. To be here in India and winning this series, it’s massive.

“It’s always a tough place to play cricket for any Australian. You’ve got the conditions, the crowds, so I think from a personal point of view it’s really satisfying to come back to the one-day side and contribute.” PTI