JERUSALEM:Benjamin Netanyahu’s main challenger Benny Gantz on Thursday presented himself as the next prime minister, hours after the embattled Israeli premier urged the Blue and White leader to join him in forming a unity government to avoid a third election. 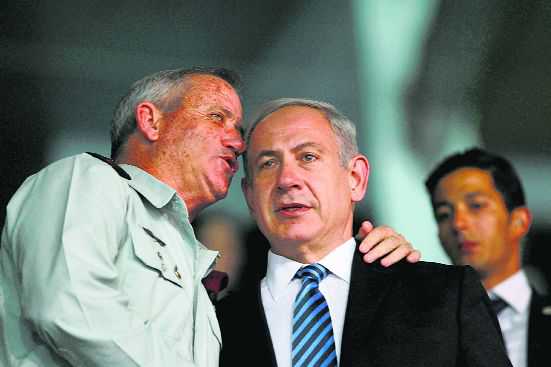 Benjamin Netanyahu’s main challenger Benny Gantz on Thursday presented himself as the next prime minister, hours after the embattled Israeli premier urged the Blue and White leader to join him in forming a unity government to avoid a third election.

With nearly 97 per cent of the votes counted on Thursday, Gantz’s Blue and White party won 33 seats while Netanyahu’s Likud secured 31 seats in Israel’s 120-member Parliament.

Gantz (60) said he intended to form and lead a “broad, liberal, unity government”.

“After an election that was forced on Israel, (people) voted and made a clear choice. The people voted for unity and Kahol Lavan won the election. It’s the biggest party,” he added.

“In order to form a unity government, one can’t come with political blocs and spins,” Gantz said, referring to the right-wing religious bloc’s move to recommend Netanyahu as the next prime minister after no clear winner emerged in the unprecedented repeat polls.

“You come with responsibility and seriousness. I attend to act accordingly,” Gantz added. — PTI