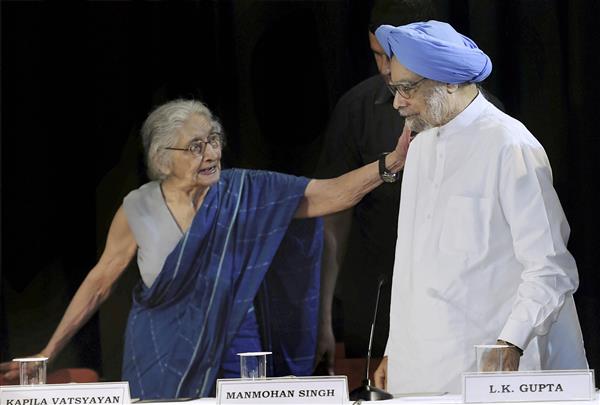 Scholar, author and connoisseur of the arts Kapila Vatsyayan died at her Delhi home on Wednesday. She was 92.

“She passed away at 9 am today at her home in Gulmohar Enclave,” Kanwal Ali, secretary of the India International Centre where she was a lifetime trustee, told PTI.

Vatsyayan, who was awarded the Padma Vibhushan in 2011, was the founding director of the Indira Gandhi National Centre for the Arts. A former nominated member of the Rajya Sabha, she was also chairperson of the Asia Project at the IIC.

The renowned scholar of art history, architecture and Indian classical dance was born in New Delhi in 1928 and did her masters in English Literature from Delhi University and in Education from the University of Michigan in the US. She was the younger sister of poet and critic Keshav Malik.

Vatsyayan authored nearly 20 books on different forms of art and their histories in her long career.

Remembering her as an “institution builder” and a true scholar, several personalities from the world of arts and culture took to Twitter and Facebook to express their condolences.

“l deeply mourn the passing away of Kapila Vatsyayan, a great scholar, a sharp mind, a creative person and a great institution-builder.

“The world of culture in India loses a doyen, a tireless promoter and a bridgemaker amongst the arts, thought and imagination. Also a personal loss to many like me,” he wrote on Facebook.

Describing Vatsyayan as a “true scholar of the deep refinements of ancient Indian culture and civilisation”, politician Pavan K Varma said he was “deeply grieved” by her death.

“She was a true scholar of the deep refinements of ancient Indian culture and civilisation.  Her book ‘The Square and The Circle of Indian Arts’ is a classic. Om Shanti,” he tweeted.

She was awarded the Sangeet Natak Akademi Fellowship in 1970 and the Rajiv Gandhi National Sadbhavana award in 2000, among the many accolades she won over the years.

The final rites were held at the Lodhi Cremation Ground on Wednesday afternoon. — PTI