Every civilisation and culture have had their almanacs — a yearly book with information about the movements of planets, solar, lunar phases, etc. But Ben Franklin’s Almanack had much more... 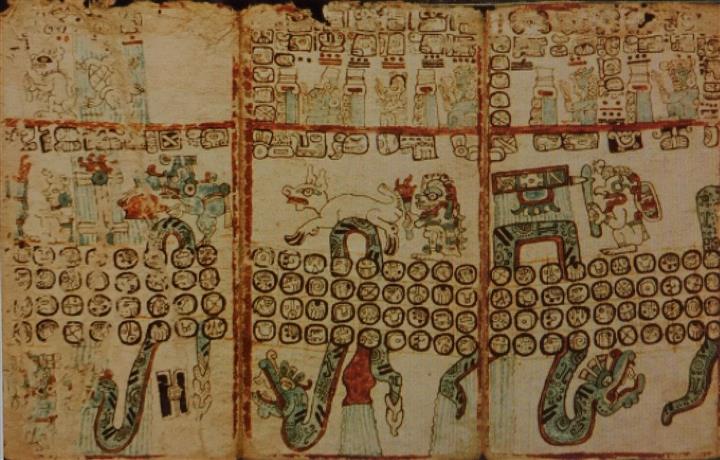 “I love reference books, especially collections of memorable quotations, world Almanacs, and atlases. Facts to me are like candy or popcorn, small, tasty delights, and I like to gorge on them now and then.” — Walter Kirn

‘Those who claim to foresee the future are lying, even if by chance they are later proved right.’ — Arabic saying quoted by Vince Cable

When I first came upon the word ‘Almanac’ — and that was long years ago — I could not make out what it meant, or where it came from. Now, years later, I still find that not too many people really know where it came from, even though countless keep one at home and even consult it. The dictionaries define it as a ‘book of permanent tables of astronomical data’ — something akin to what we call a ‘jantri’ (or the learned, a ‘panchanga’) at home — but throw up their hands when it comes to tracing its origins. Some prefer to link it to Old French — in which Almanach occurs; others go back to Medieval Latin — Almanachus being the version they cite, while dating the first usage of it to ‘late 14th century’. But, truly remarkably, few know, or care, as long as they have access to the ‘Book’ bearing this name which, it has been stated at least as far as rural America is concerned, one is sure to find in nearly all households, together with ‘the Bible’. It does not quite have the status of either of the Testaments, but it nestles next to them — almost rightfully.

The one man who knew how to ‘sell’ it for his own profit, however, was the good old, solid and reliable man whose face peers down from every second currency note and coin and postage stamp and bond paper, and whose name is associated with and invoked by countless institutions and places in America — from bridges and football fields and streets to counties and colleges and universities and scientific bodies and academies: Benjamin Franklin (1706-1790). Every child in that country knows him, for his Autobiography is almost compulsory reading. He was everything and everywhere: ‘a polymath active as a writer, scientist, inventor, statesman, diplomat, printer, publisher and political philosopher’; who was now in Philadelphia, now in London, now in Paris, and then back in America, becoming one of the Founding Fathers of the country which won its Independence in 1776. Herman Melville described him as possessed of “deep worldly wisdom and polished Italian tact, gleaming under an air of Arcadian unaffectedness”.

It is his relationship to the Almanac which concerns one here, however. As a printer and publisher, who knew from early on how to engage his readers and make great profits from that fact, Ben Franklin began publishing, in 1733, a yearly book which he called Poor Richard’s Almanack. The cover page — now fading, being nearly 200 years old — stated that the Almanack was the work of ‘Richard Saunders, Philom’. Franklin being wholly comfortable with using a pseudonym — but also, at the very bottom, that the book was ‘Printed & sold by B. Franklin at the New Printing Office, near the Market’. With great solemnity, it announced, on the cover, the year which everyone knew as ‘the year of Christ’, 1739, to be, according to the ‘Accounts of the Eastern Greeks’ as the year 7247; according to ‘the Latin Church’, as the year 6938; according to ‘the computation of W.W’, the year 5748; according to ‘the Jewish Rabbis’ as the year 5500. This said, the book contained, the cover grandly announced, ‘The Lunations, Eclipses, Judgement of the Weather, Spring Tides, Planets, Motions and natural Aspects, Sun & Moon’s Rising and Setting, Length of Days, Time of High Water, Fairs, Courts and observable Days’. In the next paragraph, it went on to say that all calculations were “Fitted to the Latitude of Forty Degrees, and a Meridian of Five Hours west from London…”

But soon, science and superstition and wit, came together. Mathematical puzzles, and poetry, and aphorisms appeared in the pages. Not, however, before Poor Richard had addressed his readers, sticking to his state of feigned poverty: “Courteous Reader,” it began: “I might in this place attempt to gain thy Favour, by declaring that I write Almanacks with no other view than that of the publick Good; but in this I should not be sincere; and Men are now-a-days too wise to be deceiv’d by Pretences how specious soever. The plain Truth of the Matter is, I am excessive poor, and my Wife, good Woman, is, I tell her, excessive proud; she cannot bear, she says, to sit spinning in her Shift of Tow, while I do nothing but gaze at the Stars; …” Words that beguiled by saying nothing, really. But Poor Richard’s Almanack was a sensation, for Franklin was writing to entertain as well as to instruct. For 25 years it ran — more than 10,000 copies every year — adding incrementally fresh proverbs, aphorisms, witty advice, something that encouraged readers to buy the next year’s edition. One knows some of these sayings, and repeats them without knowing that they come from Franklin’s stable. Examples — “A friend in need is a friend indeed”; “No pain, no gain”; “Fish and visitor stink in three days”; “Make haste slowly”.

Each culture, one might prosaically add, has, or has had, its Almanacs: we with our Panchangas; the ancient Mayans with their mystical calendars; the Persians with their Falnameh, and so on. All filled with science and calculations, superstition and held beliefs, but seldom packed with wit. Franklin like, however, I have a thought on the origin of the word. The Oxford English Dictionary links at one place the word Almanac to “supposed Spanish-Arabic al-manakh”, which still does not make too much sense. I think the word comes from Arabic ‘al-mantaq’, meaning ‘logic; reasoning’, the ‘t’ of the original having got dropped in transference. Somehow, somewhere.