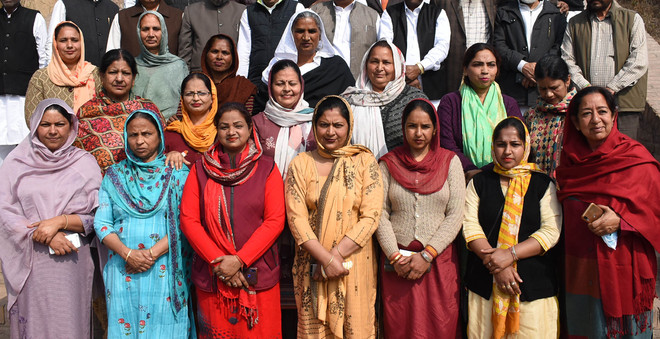 In Bathinda, the 50-member municipal corporation (MC) will have 25 women councillors for the first time. This is because the Punjab Government had increased reservation for women in urban local bodies and panchayati raj institutions from the existing 33 per cent to 50 per cent.

Due to this, 25 wards had been reserved for women in the Bathinda civic poll. Former councillors and famous political leaders of various political parties, who themselves wanted to contest the poll, were forced to field their women relatives for the election.

Of the 25 women councillors, only three — Santosh Mahant and Kamlesh Mehra of the Congress and Sherry Goyal of the SAD — have been active in politics while the remaining 23 are first-timers. Kamlesh Mehra and Sherry Goyal have won for the second time from ward Nos. 49 and 7, respectively, while Santosh Mahant won for the third time from ward No. 21.

In most of the wards, women fought the elections as mere dummies as their election campaigns were managed by the male members of their families.

Even in the election publicity material, the pictures of their husbands or other male relatives could be seen in almost every ward.

The husband of one such woman councillor said the reservation was not by choice but was forced on them.