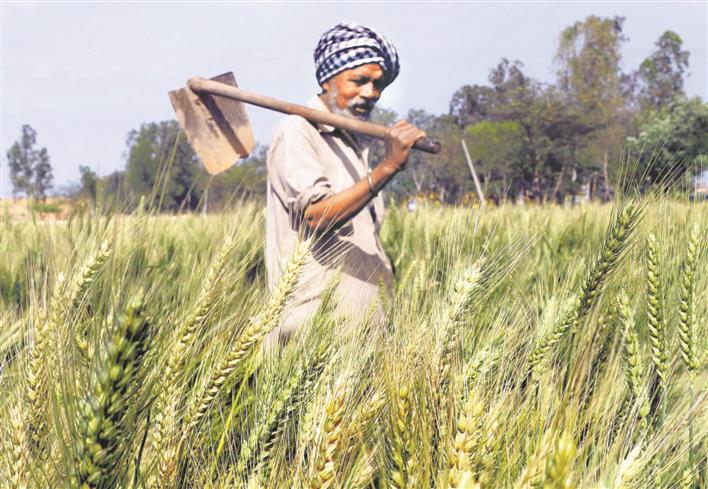 Members of the Bhartiya Kisan Union (Ekta Ugrahan) today submitted a memorandum of demands to the Additional Deputy Commissioner (ADC) demanding the revocation of the farm laws brought by the state government in 2013 and 2017 that do not guarantee the minimum support price (MS) and the contract farming Bill 2019.

In the memorandum, the BKU has also sought the cancellation of cases registered against protesting farmers, workers, students and unemployed among others, besides the FIRs against farmers for burning stubble.

“For pollution-less management of paddy stubble, the government must act as per the directions of the Supreme Court and National Green Tribunal or provide Rs 200 per quintal of paddy stubble. Montek Singh Ahluwalia Committee must be dissolved as its recommendations smack of privatisation,” said Jasvir Singh Burj Sema, a BKU leader.

Meanwhile in Sangrur, the indefinite protest of various farmer organisations against the farm laws today entered Day 51. Farm leaders have started preparation for the protest at New Delhi on November 26. “Our protest here will continue even as we have started preparations for the joint protest in New Delhi,” said Surjit Singh, district president, BKU (Sidhupur). — TNS