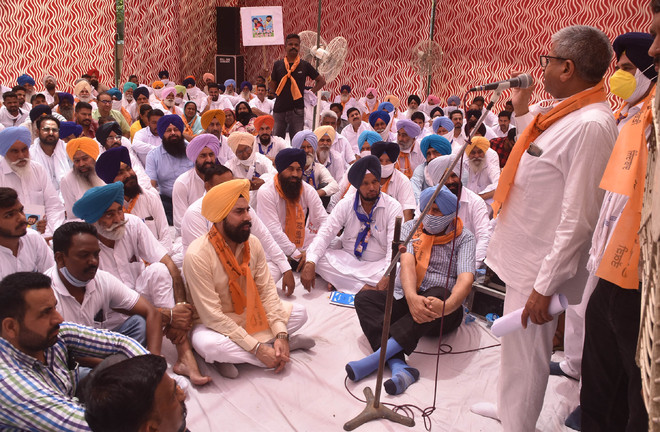 Bathinda: Irked over “inaction” by the district administration over alleged sand mining on GNDTP land, SAD and BSP workers led by former MLA Sarup Chand Singla gheraoed the SSP office here on Friday. SAD workers demanded registration of a case against persons who attacked Singla while raising the issue live on the social media and sought high-level probe into the charges of illegal mining. TNS

Sangrur: Three members of a family, including two sons and their mother, were killed after the car, in which they were travelling, hit a standing truck on the Sangrur-Barnala road, near Mastuana Sahib. Another family member was seriously injured and admitted to the hospital at Patiala. TNS

Fatehgarh Sahib: The police have booked senior BJP leader and former Mandi Gobindgarh MC president Dharampal Rao for allegedly duping a local resident of Rs6 lakh on the pretext of getting his issue with the Railways resolved. Rao could not be reached for comment. OC