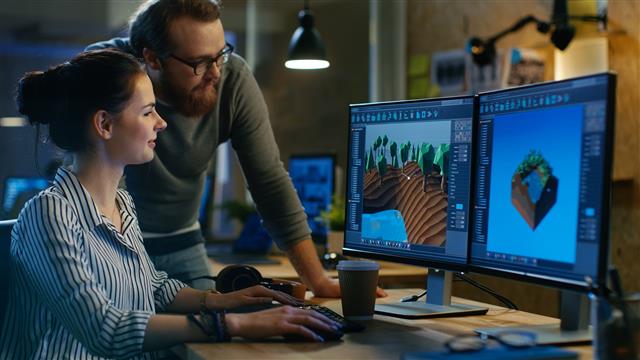 In order for the dream of a Digital India to be fully realized, the government must take a progressive step towards effectively regulating the industries currently governed by outdated views and laws—and that includes the thriving online gaming industry in India.

In an editorial for Outlook India, Dr Subi Chaturvedi highlighted how important it is for the government, both central and state, to keep up with the “new India” that is on the rise—one that fully embraces the transformation that digital technologies are bringing the country.

Dr Chaturvedi, a former member of the United Nations Internet Governance Forum and currently chair of the FICCI committee on technology, policy and leadership, noted how the recent Karnataka High Court ruling struck down the state’s blanket ban on all forms of online gaming involving monetary transactions on grounds, along with the court judgements that also ruled the blanket bans on online gaming as unconstitutional, “upheld the preponderance of skill as a legitimate business.”

Even before the Karnataka High Court announced its ruling, veteran lawmakers have already called for an effective regulation of the country’s online gaming particularly with the growing popularity that the industry is enjoying in mobile-first India. It’s clear that blanket bans do not work and only lead to the rise of underground operations, which are even more detrimental to the country; what works—as seen in mature gaming markets—is a regulatory framework that will enforce safety nets to ensure that operators practice responsible online gambling while also abiding the local laws.

“A digital India cannot be one where misinformation guides policy and the high court decision makes it amply clear. While we do need central, progressive and ubiquitous policies for online gaming in India, local governments and enforcement organisations need to work with the industry to establish best practices and promote responsible gaming,” Dr Chaturvedi wrote.

Policymakers have already seen the potential of online gaming, which Dr Chaturvedi has described as a “sunrise industry” but currently, Indian startups are moving to other locations like the United States, the United Kingdom, Ireland, the United Arab Emirates, and Singapore which offer favorable policies and ecosystem that promote investments in their respective countries. India, for its part, still has a long way to go and a variety of challenges to face along the way especially with how the government refuses to budge on its outdated views on sectors like online gaming.

In fact, data from the ENV Media report on regulated gambling markets showed that India experienced a 35 percent increase in the number of real money games played on a monthly basis by an average user during the pandemic. This puts India ahead of Russia (30 percent), Indonesia (26 percent), Brazil (23 percent), United States (13 percent), United Kingdom (11 percent), Japan and China (7 percent each), Canada and Germany (6 percent each), South Korea (5 percent), and France (7 percent).

For industry stakeholders, these figures show why it’s important for the government to support India’s gaming industry, which in turn, can help the government take control of the revenues to boost the country’s economy. At the moment, however, skill-based gaming companies and operators are being held back from realizing their full potential by the unfairly disadvantageous and outdated local laws.

But as Dr Chaturvedi has pointed out, the times are changing, and the high courts are paving the way for the industry and government to move a step forward towards building an effective regulatory framework “where corrections work better than penalties.”