All food items under WPI have been showing downward trends in recent months, says food secretary 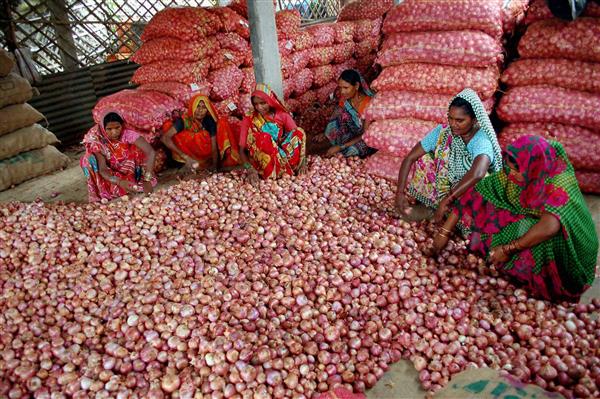 The central government said on Friday it was reviewing the prices of essential commodities on a weekly basis and assured of stable and declining trends as the festive season approaches.

Food Secretary Sudhanshu Pandey addressing reporters said on Friday the inter-ministerial committee on essential commodity pricing was reviewing the situation on a week to week basis.

“It is better to monitor prices than to speculate. Even onion prices are not extraordinarily high. Kharif onion crop production is expected to be around eight lakh metric tonne higher than and future prediction is that onion prices will not rise,” Pandey said, adding that at Rs 41.5 per kg, onion prices were 25 per cent lower than the last year.

He said a buffer stock of one lakh metric tonne of onions was available and the Centre was supplying onions to states at Rs 21 a kg for ex storage location. Mandi prices of onion as of October 19 declined by 2 per cent over the previous week, the food ministry said adding that there was no cause for ban on onion exports right now and price monitoring was a better policy than speculation.

An analysis of price trends by the central government showed that food articles under Wholesale Price Index cereals, pulses; fruits, vegetables; milk, eggs, meat, fish, condiments and spices and other food articles were stabilising and declining.

All food items under WPI have been showing downward trends in recent months, the food secretary said.

“Price inflation for pulses is on a consistent decline from June 2021 on account of administrative and other decisions taken. Prices will fall further in the coming days,” Pandey said.

On edible oils and oilseeds where prices continue to be high, Pandey said states had been directed to impose stock limits to prevent hoarding and to control domestic prices.

As many as 2000 entries have come on the web portal for self-disclosure of stocks of oilseeds and edible oils launched from September 24.