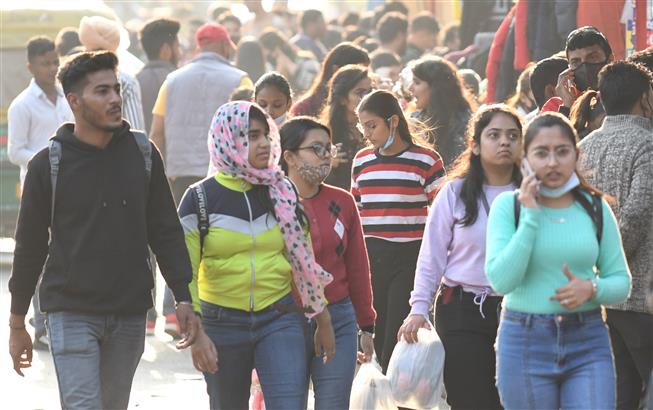 Around 19.2 per cent of the population, which has taken the first dose of the Covid vaccine, is already due for the second dose in the city, while 13 per cent of the eligible population has missed it as it has exceeded the maximum gap between two doses.

UT Health Secretary Yashpal Garg said, “Each person is being separately contacted on the given mobile number and a drive has been undertaken to administer the second dose in all overdue cases. The UT Administration has sufficient number of vaccines and there is no waiting time for getting the vaccination, the first as well as the second dose.” “Persons who got the first dose from Chandigarh and then went to other places may get their second dose from anywhere in India and should not delay it further for their return to Chandigarh,” said Garg.

On Thursday, Chandigarh recorded nine cases of Covid, the highest single-day tally after a long time. The Health Secretary expressed concern over the sudden spurt in daily cases. He said, “For the past several days, we were getting about three or four Covid cases. However, yesterday, we recorded nine cases, which is a matter of concern. All citizens are requested to ensure that they take both doses and they should also ensure that their relatives are also covered.” All medical officers have been given the list of persons due for the second dose so as to cover the vulnerable population.

Chandigarh: The city on Friday reported eight cases of Covid-19. There was no death due to the virus, while one patient was cured of the disease. TNS 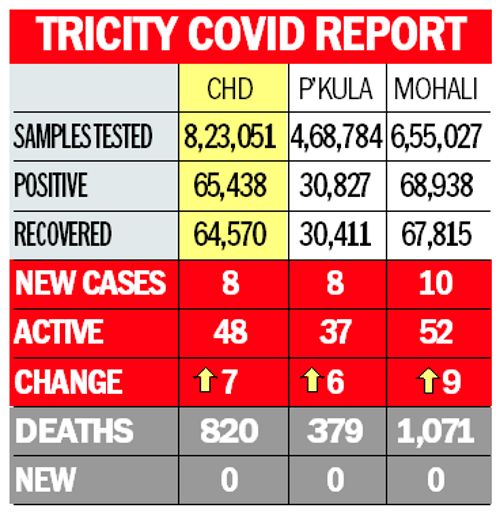 Mohali: Ten fresh Covid cases were reported from the district in the past 24 hours, taking the tally to 68,938. No new death was reported, while one patient was cured. Among the fresh cases, one came from Mohali, two from Dhakoli, three from Kharar and four from Gharuan. Of the 68,938 positive cases reported so far, 67,815 patients have been cured. There are now 52 active cases. The death toll stands at 1,071. TNS