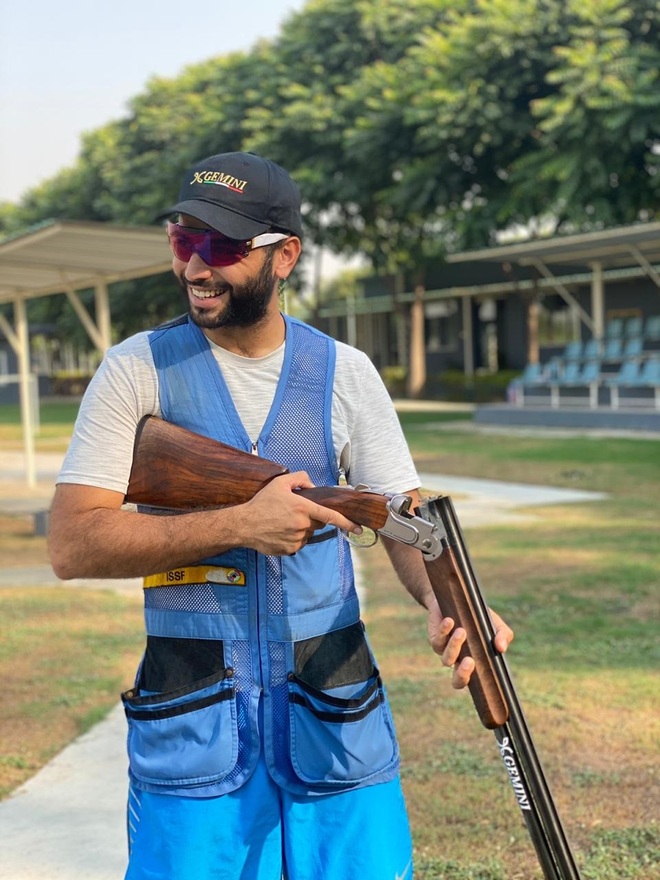 City’s skeet shooter Gurjoat Singh says he is eagerly waiting for the World Cup trials, scheduled to start on January 5.

Just like every other sportsperson, 25-year-old city’s skeet shooter Gurjoat Singh was also worried about effects of Covid-19 on his career, but thanks to NRAI’s Olympics Core Group camp held in New Delhi, he is looking ahead to recovering from this mental anxiety.

Gurjoat attended the second phase of the shooting camp, meant for the core group and reserves for Tokyo Olympics schedule for July 2021, which concluded today.

“I have never thought of attending a bio-bubble camp. Life is just restricted to training and room. The camp will end on December 17. Such platforms are the need of the hour to stabilise performance in these tough times of pandemic when there are hardly any tournaments,” said Gurjoat. The first phase of the camp was conducted in November. “We are not allowed to contact anyone except fellow shooters and coaches.”

While talking about his post-camp plans, Gurjoat said he would be appearing for the World Cup trials. “The trials are scheduled to start from January 5, and I am eagerly waiting for this particular championship. Unfortunately, the previous World Cup, which was in Cyprus and New Delhi, got cancelled. I was very confident of bringing back the laurels but the Covid-19 pandemic washed away all my hopes and efforts. The aim for this year’s World Cup remains the same. I have been focusing on this particular championship, as it could be a gateway to win medals in future championships,” he added.

While talking about the ongoing camp, the ace shooter said he did focus on other things. However, getting back to shooting in a protected environment gave him a solid boost. “The Sports Authority of India (SAI) and the National Rifle Association of India (NRAI) have made shooters to come back to their comfort zone while Playwrite is keeping a track of my progress,” said Gurjoat.