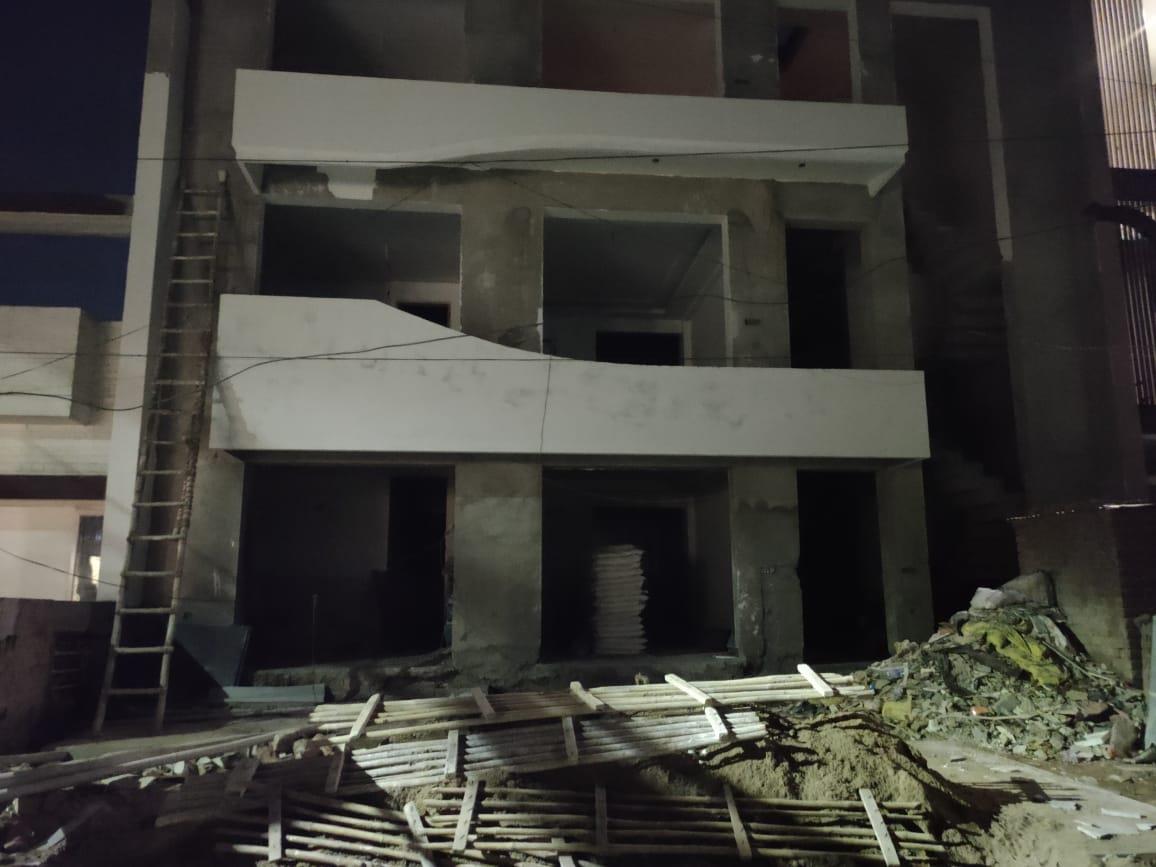 The house in Sector 37, which was being allegedly grabbed.

One of the accused, a bouncer, was shot

One of the accused named in the FIR, Surjit Singh, a resident of Sector 38 (West), was returning home when he was shot dead near his house in March last year. Surjit, who was a bouncer for almost 15 years, had turned into a financier.

The police claimed that Rahul’s health condition was not good following which the accused took advantage of his ailment and hatched a conspiracy to grab his house.

Arvind Singla was in the news last year when five assailants had opened indiscriminate fire at his brother Rakesh Singla’s house in Sector 33. The assailants had come looking for Arvind, who is an established liquor contractor.

The police said Rahul, who is at present at Apna Ghar Ashram in Bharatpur, Rajashthan, joined the inquiry and stated that in April/May 2017, Surjit, Sukhbir, alias Bittu, Khalli, Sanjeev and others forcibly entered his house and occupied the upper floor of his house. The police claimed that the accused allegedly confined Rahul to a room of his house, tortured him and got the General Power of Attorney (GPA) of the house executed in favour of Arvind Singla and Khalendra Singh Kadiyan.

As per the FIR, a meeting regarding the deal of the house was also held at the DSP’s office, whose brother is an accused in the case.

They also got his signatures forcibly on blank papers and blank cheques.

The police said that during the inquiry, it was found that in June/July 2017, Surjit and the others took Rahul to Bhuj in Gujarat and confined him to a stud farm, owned by Abdul Karim, for over a month.

The police said Rahul stated that he had never sold his house. According to the police, it was found that the accused prepared fake documents and executed a sale deed on March 1, 2019, in favour of Saurabh Gupta by presenting Rahul’s proxy before the Sub-Registrar, Estate Office, Chandigarh, whereas on the date of the sale deed, Rahul was at Apna Ghar in Rajasthan and he never came to Chandigarh for the purpose of cancellation of the GPA or execution of the sale deed.

During the course of the investigation, Sanjeev and Manish, a builder, were arrested and produced before a court today, which remanded them in three-day police custody.