Now, no culling at 2 poultry farms 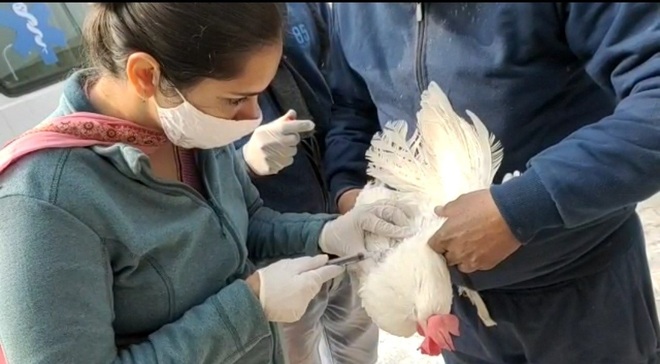 A sample being collected at a poultry farm in Barwala.

The district authorities today excluded two poultry farms from its list of commercial units where culling operations are to be carried out to break the chain of transmission of avian influenza.

While culling operations at two epicentres – Siddharth in Kheri and Nature in Ganauli village - have already been completed, the drive is underway at Narender Poultry Farm.

The Animal Husbandry Department had earlier targeted to cull over 1.66 lakh birds. The exclusion of two poultry farms where around 1.10 lakh birds were to be culled has bring down this number drastically. Over 29,000 birds have been culled so far.

Ahuja said reports of samples sent to the National Institute of High Security Animal Diseases in Bhopal from a Jalandhar lab are still awaited. — TNS