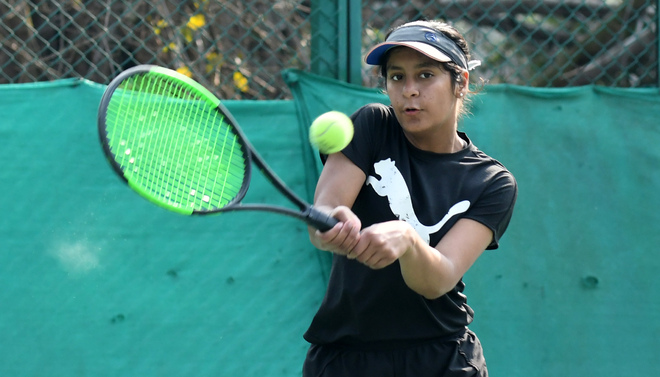 Radhika Vasudeva returns the ball to Pawandeep Kaur during their semifinal match in the CLTA-AITA Championship Series in Chandigarh on Thursday. Radhika won 7-5 7-5. Pradeep Tewari

Eighth seed Khaira Chetnani came from behind to beat seventh seed Bhumika Gupta 4-6 6-1 6-2 and enter the girls’ U-16 final, where she will meet third seed Vanya Arora, who edged out Bhumi Kakkar 7-5 6-3 in the semis.

The final matches in all the age-groups will be played on Friday.