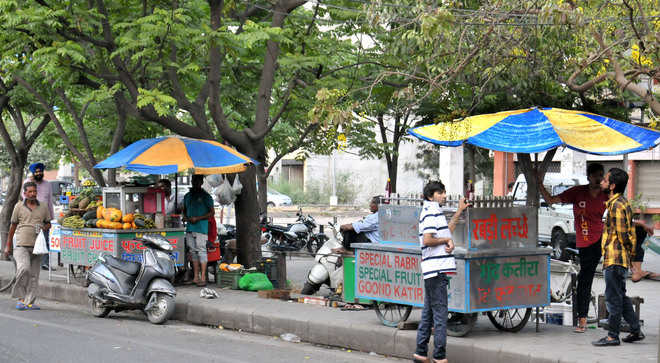 The Town Vending Committee (TVC), which was formed in 2016 to look into the matters related to the street vendors here, has been lying defunct since March. - File photo

The Town Vending Committee (TVC), which was formed in 2016 to look into the matters related to the street vendors here, has been lying defunct since March.

The five-year tenure of the committee ended in March this year and it has not been constituted again. As such, the registered street vendors, who had several issues to raise during the pandemic, are feeling voiceless.

Other than the Municipal Corporation Commissioner, Superintendent of Police, Chief Architect, different officials, NGO and RWA representatives and four street vendors were nominated to the panel.

“There are several issues facing vendors, including the vending zones and payment, but no meeting of the TVC has been held in the past few months. We were hopeful of getting fee exemption for the month of May, but that has also not happened. The TVC should be formed again with 40 per cent vendor participation,” said Ram Milan Gaur, president of the Chandigarh Street Vendors Association.

VN Sharma, one of the members of the now defunct panel and president of the Federation of Social Welfare Associations, said: “The vendors keep coming to me with different issues. It is sad that the TVC has not been set up till now. The vendors had a tough time due to Covid. There has been very thin presence in the markets in the last three months. The best MC can do is exempt the licence fee.”

When contacted, MC Joint Commissioner Sorabh Arora said: “The election process for setting up the TVC is on and it will be formed soon. We are also discussing the exemption in licence fee for the month of May.”

The second wave of Covid-19 pandemic has turned nearly 2,400 registered vendors have turned defaulters as they failed to deposit their monthly licence fee to the Municipal Corporation.

Many of them may even lose their vending licences.