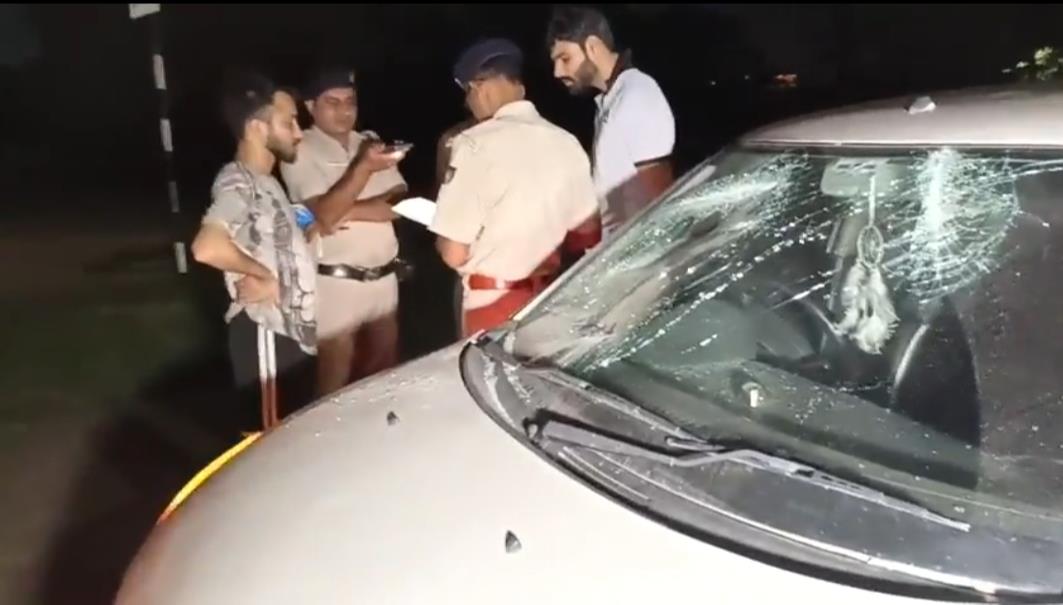 Cops investigate the matter at the spot on Saturday night.

Despite security having beefed up in the city in view of the Independence Day celebrations, two youths, who were returning home after having food at Night Food Street, were allegedly attacked by around 24 persons on the road separating Sector 17 and 9 last night.

One of the victims, Amit, a resident of Sector 29, along with his friend, was returning home when a car intercepted their car. He alleged that in the meantime, another car and two motorcycles arrived there, and around 24 persons attacked both friends with sharp weapons. The assailants vandalised his car.

“My gold chain, mobile phone about Rs 5,000 and my friend’s silver chain were allegedly taken away by the assailants,” he added. The suspects were also accompanied by two girls, alleged Amit. He claimed that he had no idea why the suspects attacked them.

Amritpal, an eyewitness, said he saw around 24 persons carrying sharp weapons chasing the victims. They also vandalised the victim’s car. The police were informed about the incident. A PCR team and the Sector 17 SHO reached the spot. The police started investigation into incident.