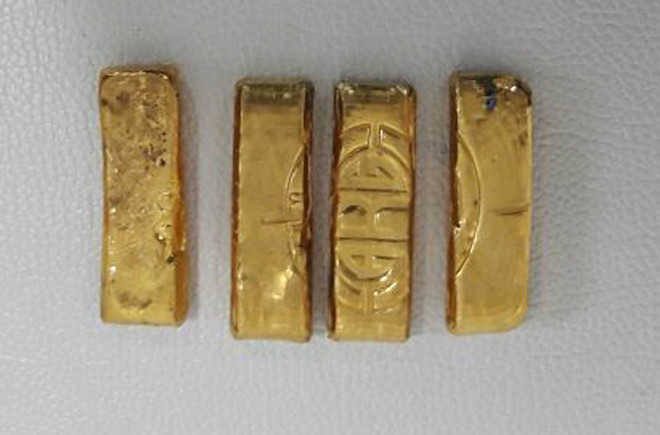 Customs officials arrested a woman passenger for smuggling gold at the Chandigarh International Airport, Mohali, today. The woman had arrived by an Indigo flight from Dubai at 4.30 am.

According to information, the woman was wearing two 24 carat gold bangles, weighing 770 gm and had hidden these under the sleeves of her shirt. Commissioner of Customs Vrindaba Gohil said the passenger was intercepted by the customs officers based on profiling done on the Advance Passenger Information System (APIS). Two gold bangles, weighting 385 gm each, having a market value of Rs 39,90,140, were detected on search. The passenger was arrested under Section 104 of the Customs Act, 1962, she added.

In June, the staff had registered five case of gold smuggling at the airport on the basis of intelligence and passenger profiling. Smuggling of 2.112 kg gold, valued at Rs 1.07 crore, concealed in the form of capsules, gold rings, paste, riveted buttons, etc, had been detected. The airport caters to nine weekly flights to and from Sharjah and Dubai.