Finance capital holds its own amid Covid

Amid retrenchment, downsizing and pay cuts that caused a general drop in the wage bills of listed companies, banks and brokerages ended up spending more on wages compared to last year. The wage bill of banks went up by nearly 17 per cent and brokerages by more than 13 per cent. This is a clear sign of how income flows have shifted towards finance. 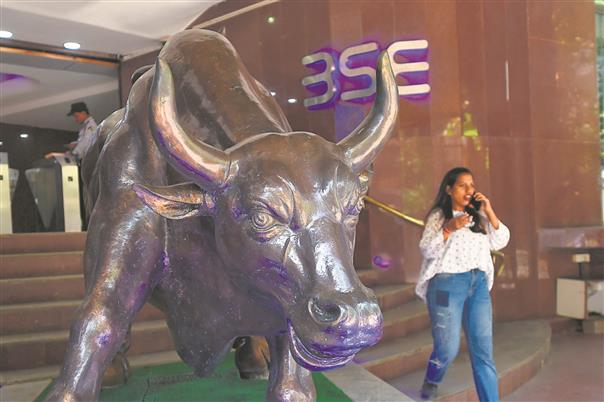 ETERNAL RULE: Whatever happens — the global financial crisis of 2008 or the Covid-19 pandemic of 2020 — nothing happens to the world of finance. 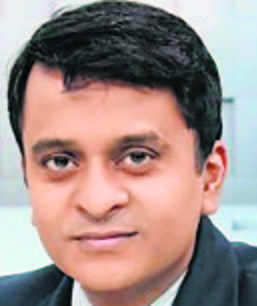 HERE is the eternal rule of finance. It is both a fairy tale and a horror story. A fairy tale for those who work in banks, brokerages and various financial institutions, and also for those who make money from stocks, bonds and other financial instruments. Whatever happens — the global financial crisis of 2008 or the Covid-19 pandemic of 2020 — nothing happens to the world of finance. For the rest, who are at the receiving end of the finance capital, it is a never-ending horror story.

To understand this, let me go back to the first half of the 2000s, when the wolves of Wall Street had managed to convince America that everyone could become rich. All they had to do was to borrow and buy homes. Banks handed out cash to everyone — even those who could barely make ends meet. Why did such people borrow? They were made to believe that housing prices will go up much faster than their mortgage dues. So, if at any point they were unable to pay, they could simply sell the homes and still end up with a handsome profit.

Attractive ‘teaser’ rates made it easier to dream this little dream. The home loans were packaged in such a way that the borrower would pay very little for the first few months. And then, suddenly, the rate would be reset to an exorbitant level. That’s when people began to default on their loan repayments, and millions and millions of mortgages across the US began to go bad.

But no one in the big banks was paying attention. That is because virtually no one was tracking these individual mortgages. Banks had devised a way to raise money to push out increasing amounts of home loans. They took individual mortgages, bundled them together, and converted them into a special type of bond, which any investor could buy. These were called mortgage-backed securities. Till then, home loans were considered to be very safe, and that is why investors — individuals, financial institutions and corporates — flocked to buy these mortgage-backed securities.

One reason the investors felt confident about them was because big credit-rating agencies gave them high ratings, without investigating the real individual mortgages hidden inside the securities. The banks and financial institutions, which issued these securities, were less sanguine. They decided to hedge their bets by reinsuring them, through credit-default swaps. If the original mortgages failed and the mortgage-backed securities lost value, the insurance would pay for a part of the losses.

And then came the collapse that was to set the global economy back by a decade. As the poor began defaulting on their mortgage payments, billions of dollars’ worth of securities came under pressure. Housing prices began to collapse and took the commercial property market down with it.

And finally, insurance companies went bankrupt as they were loaded with demands from insurance holders. The global financial crisis of 2008 wiped out some of the biggest names of finance, while others merged to hold fort.

All this could have been avoided had finance capital faced stricter oversight. Instead, regulation was consistently withdrawn throughout the early 2000s. This enabled Wall Street to hide the truth about the bubble they had created and to continue to cheat their investors. When the corruption came to light, it seemed like some heads were going to roll. Nothing happened.

Instead, country after country bailed out the big boys of finance with taxpayers’ money. And within a couple of years, the CEOs went back to earning multi-million-dollar bonuses and flying in their own private jets.

What has this got to do with the current global economic recession caused by Covid? While every other sector has received a mortal blow, finance is emerging virtually unscathed. That is because, across the world, central banks have opened their coffers to ensure money keeps flowing easily through the various financial markets. Even where governments have increased fiscal spending, they have routed it through the financial system. Instead of getting back into the economy, governments are borrowing to prop up private capital through easy loans and write-offs.

India’s case is even more stark. Virtually all of India’s so-called economic stimulus package is in the form of ‘loan melas’, that are to be routed through the banking system. It should not come as any surprise that while India is the worst-performing large economy in the world today, financial services haven’t done that badly.

Take a look at the Q1 GDP numbers that were released earlier this week. If we look at value-added in ‘nominal’ terms, construction dropped by 51 per cent, trade, hotels and transport dropped by 47 per cent, mining was down by 41 per cent and manufacturing dropped by nearly 40 per cent. But, gross value-added in the category called ‘financial, real estate & professional services’ dropped by just four per cent. Given that real estate transactions would have come to a complete standstill during the lockdown, it is most likely that banking and other financial services expanded in Q1 of this fiscal, instead of contracting like rest of the economy.

We get a similar picture from the payroll data from listed companies, as compiled by the CMIE. Data released as part of Q1 earnings shows that total wage bill in manufacturing declined by seven per cent, the textile sector saw a 29 per cent cut in its wage bill, leather industry’s wage bill dropped by 22 per cent, auto-ancillaries 21 per cent and auto companies nearly 19 per cent. Wage bill in tourism dropped by 30 per cent, hotels by 20 per cent, and road transport and education by 28 per cent each. Real estate — which comes clubbed with financial services in the GDP data — saw a 21 per cent decline in its wage bill.

In the middle of retrenchment, downsizing and pay cuts that caused a general drop in the wage bills of listed companies, banks and brokerages ended up spending more on wages compared to last year. The wage bill of banks went up by nearly 17 per cent and brokerages by more than 13 per cent.

This is a clear sign of how income flows have shifted further away from manufacturing and other services towards finance. This increase in the economic power of finance capital will translate into an even bigger hold of finance over the state and government policy.

The great recession of 2008 that finance capital had caused couldn’t dent its immense control over the world. The recession caused by Covid-19 will only make it even more powerful.