The way forward is together and the time’s now 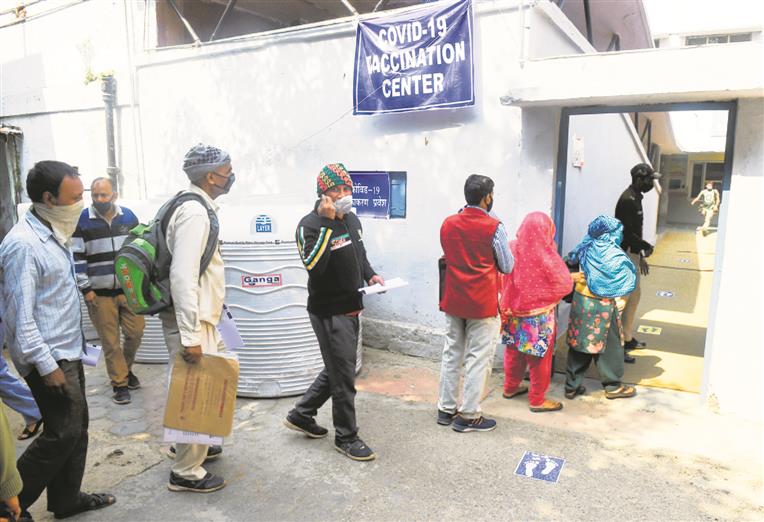 Course Correction: We should swiftly vaccinate not just high-risk groups but everyone above 16 years of age. PTI 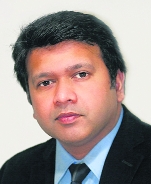 Fifteen months after the first case of Covid touched down, India is a telltale case of missed opportunities despite getting many things right initially.

With just about 9,000 daily cases in February 2021, things seemed more on the brighter side. However, our splintering approach towards public safety, lackadaisical approach towards social responsibility, vaccine distribution that excluded superspreaders, and a public health system that was devoid of an upgrade envisaging a subsequent surge are some of the many reasons adding fuel to the mounting catastrophe. As cases ascend, deaths soar and a health system falls on its heels, indulging in blame-game or scoring political points will do the country no good.

Autonomy within states, given the enormous health system variances, is profoundly critical. Within states, lockdowns or smart restrictions will have to be implemented at the level of districts or municipalities. The rationale for decentralisation is to preserve districts or communities that are insulated from the current surge and protect them from an influx of cases.

Districts become epicentres, not states. ‘Vaccine cards’ as a necessary prerequisite for mobility and essential services is akin to John Snow’s lock in the middle of the cholera epidemic. Such restrictions can be expanded or restricted, based on both case numbers as well as vaccination rates.

The focus should be on building capacity within the public health

system. Existing budgetary allocations for infrastructure, including, but not limited to, bridges, stadiums, transportation and other such services, should be redirected towards enhancing the capacity of the ailing public health system. India still spends a meagre 1.26 per cent of its total expenditure on public healthcare, which is an enormous dichotomy in a country where three-fourth of the people pay out of their pocket for health services within the growing private sector.

The devastation that is decimating India is unfortunate, given that two vaccines were available for public distribution around the same time the surge started to inflict the country. Mass congregations around religious practices or state elections may have played a significant role.

Given where we stand, our course correction hinges upon swiftly vaccinating not just high-risk groups but everyone above 16 years of age. Two-dose vaccines, in addition to having a six-week window, bring logistical challenges of deployment, travel, human resource as well as cost. The single-dose JNJ vaccine, while being as effective, will alleviate several of these challenges. In addition, our fully vaccinated numbers will quickly rise, giving us a four-week advantage over the two-dose vaccines.

Mobile vaccination clinics will serve to penetrate communities that are cut off from accessing public health systems, depending on geography. The Oral Polio Vaccine deployment strategy may be a good model to follow.

Another important consideration has to be the notion of deploying them at no cost, given that the marginal cost can serve as a deterrent for the otherwise healthy population, who may feel a false sense of safety from the virus.

Strict protocols for mask mandates with stringent implementation protocols have to be in place. Social distancing is a privilege, and likely unrealistic in a country as dense as India. The mask remains one of the greatest preventive tools instituting source control. While the type of mask depends on the type of setting, any form of face-covering has a non-zero degree of protection, with more formidable barriers coming from N95/FFP2.

Studies on masks show up to 79 per cent effective protection from transmission within communities and a further increase when coupled with social distancing and sanitation measures. Public messaging should use social media platforms to engage communities, students, sports and media personalities to organise a #OneBillionMasks campaign.

The risk of Covid infection is real and often, cumulative and individual risks are distributed unevenly. This is partly what makes it challenging and difficult to contain. While it may be possible to practise all safety measures, including masks, social distancing and frequent sanitation, and be fully vaccinated, Covid infection still remains a possibility.

Today, we know more about the disease, its progression, management and outcome than ever before. The virus adheres to an established set of rules of a biologically active entity. It spreads through respiratory droplets, mutates to survive, is extremely susceptible to frequent hand-washing and use of alcohol-based sanitisers, and protects transmission through good quality face-covering, including masks, and social distancing greater than six feet.

More importantly, any vaccine that is available for public use will prevent transmission as well as mortality, and prevent new mutant variants from forming.

If there is any time for the nation to break every barrier that separates us to come together against a foreign invading entity, the time is now.