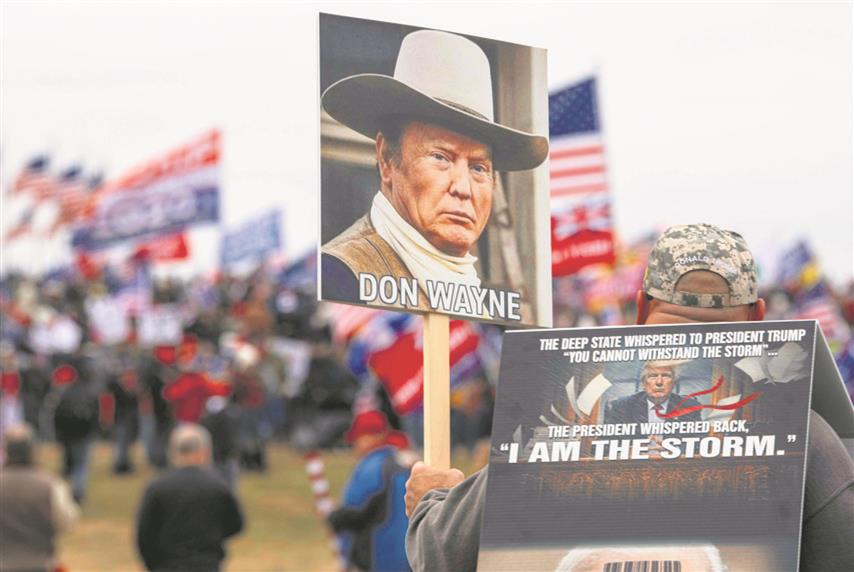 TRUTH BENDER: The Faustian democracy of social media works only if the learned agree to sell their souls. Reuters 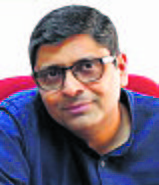 A coup d’etat can end in agony, victory, defeat or even a terrible holocaust for humanity. But a coup de tweet — or an attempted overthrow of a legitimately elected government by social media posts, as in the case of Donald Trump’s audacious outrage on January 6 — could only have ended in a hilarious whimper, made less amusing by the loss of lives. Trump’s variety of politics — narcissistic, self-promotional, pretentious, vacuous, inflammatory, spiteful and venomous — has all the primary attributes of social media in general and Twitter posts — tweets — in particular.

No medium can beat Twitter in terms of condensed stupidity. All great arguments get reduced to hateful binaries of my truth and your falsehood.

These qualities that fuelled his stratospheric success and dictated his erratic policies as “the leader of the free world” for four years obviously had to incite a mob for insurrection — to sack the Capitol, to punish the “weak” Vice President, to drag the Speaker out and to install the Twitter handle in office. And in that sense, the many parts of Trump’s politics make a consistent whole, which is easily the most vulgar display of the dangers of politics by instant messaging.

A newbie normally enters the political theatre with a distinct message of positive activism, hope for change, truthfulness and idealism. In India, we have seen activists making a spectacular political entry after years of agitations and political mobilisation.

But Trump — a familiar face on low IQ, infra dig reality TV — with no virtue other than recall value turning himself into a Presidential or Prime Ministerial candidate is a phenomenon born of manipulation of public perception, using a combination of, first television and then social media. And it has proved to be dangerously successful. Why so?

TV offers instant recognition, a people-connect, as the person’s face gets beamed into the drawing rooms continuously for weeks, months or even years. A Chief Minister in south India had retained the time slots his government had bought in a popular news channel even while his party was boycotting the channel simply because he could not have afforded to lose the viewership on a credible platform. Once the credibility of the platform rubs off on to the protagonist, he or she is ready to engage with the world.

No medium can beat Twitter in terms of its condensed stupidity. All great arguments get reduced to hateful binaries of my truth and your falsehood, that too in 140 characters, as it originally was, and now in 280 characters. How easy a medium for opinionated men and women with little wisdom and a lot of hatred! It is, in fact, an assembly line for political labels — Congressi, Sanghi, Libtard, Aaptard, Presstitute, Godimedia, Pappu, Feku, etc. All arguments begin and end in abusive labels, where personal attacks are the only conversation with every partisan participant trying to self-attest one’s claims, while certifying others as a fake, liar, etc.

Even the most noble MeToo movement got reduced to a you-too branding spree on social media, with even some men jumping in to settle their scores against other men, using the opportunity. It was possible because in 280 characters no evidence can be examined, no witnesses can be brought in; only a brief death sentence can be delivered. Social media, thus, taught us that brevity is the best tool for character assassination.

From a political science perspective, the most perplexing aspect of hate speech on social media is the self-righteousness of the uncouth, corrupt, venal users, however deceitful they are in real life. Those who stormed the Capitol thought they were doing revolution, reclaiming their country, restoring the Constitution and recovering the stolen votes. Normally, self-righteousness is associated with adherence to certain principles and practices, religious or ideological; but in the universe of 280 characters, every user is a prophet and practitioner. The source of this shocking legitimacy for self-righteousness is derived from large demented icons with a recall value — from the world of politics, entertainment, journalism, academia and activism.

Last week, while analysing Trump’s failed coup, New York Times columnist Timothy Snyder explained that Trump’s pre-fascism failed because he could not enforce the “big lie”, where people could live and die in a fantasy of alternative reality. But small lies keep adding up to create a made-to-order utopia every other day. In the Indian context, the small lies about Gandhi and Nehru create a fictionalised could-have-been nation, which allows all the follies of the present-day rulers to disappear. If that is a Right-wing lie, then the big lie of the Left-wing or the Liberals is to term Gandhi a casteist.

All this is made possible by the relative or at times complete anonymity of social media users, which institutionalises the democracy of the deranged. The medium makes it possible for any thug to contest any philosopher with any kind of untruth and claim polemical victory in this parliament of the petty. Fake handles, anonymous accounts and web robots — or BOTs, which do the simple, repetitive task of defiling public opinion — complete the nightmare that is the political weaponisation of social media.

The only way out of this echo chamber is to break it and come out of it, leaving it to the demented to craft their conspiracy theory. The Faustian democracy of social media works only if the learned agree to sell their souls for a few likes or retweets and in turn get abused by political pickpockets and get dragged in the mud of slander by them. Twitter, Facebook and Instagram have blocked Trump after his insurrection. But it is too little, terribly late; Trump had by then become Trump and done everything that he should not have. The wise cannot afford to forfeit their agency and legitimise mobs like that of Trump’s at the altar of robotic fame and pestilential following