The global pharma lobby has naturally been putting pressure on Western nations to stall the move on the ground that it will stifle innovation and prevent drug companies from reaping the fruits of their investment in research and development. But in the case of Covid, the financing of the research and rapid development have been possible only by several governments having poured billions of dollars into these efforts. 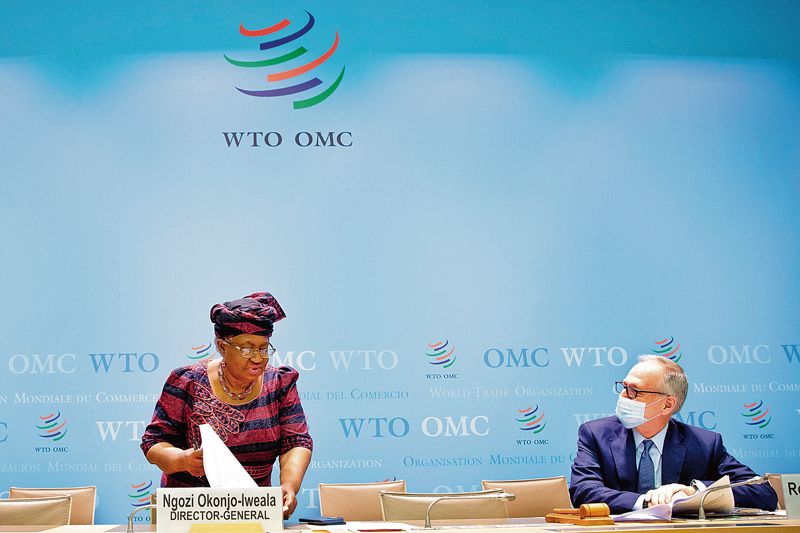 BRIDGING THE DIVIDE: The ministerial conference of the WTO will focus on patent waivers to tackle vaccine inequity. Reuters 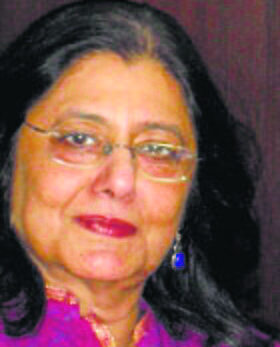 THE Covid pandemic is still far from over as is clear from the recent resurgence in China and even the rising cases in this country. But the contentious issue of making vaccines available to everyone in the world has still not been resolved over the past one and a half years. India and South Africa had piloted a proposal in the World Trade Organisation (WTO) in 2020 to give patent waivers to vaccines and related diagnostics to enable poor countries to manufacture these without any hindrance. The proposal is languishing till now at the multilateral trade body owing to developed countries trying to dilute the original provisions.

The global pharma lobby has naturally been putting pressure on Western nations to stall the move on the ground that it will stifle innovation and prevent drug companies from reaping the fruits of their investment in research and development. But in the case of Covid, the financing of the research and rapid development have been possible only by several governments having poured billions of dollars into these efforts. It was due to this massive initiative that a Covid vaccine was developed in less than a year.

Meanwhile, only two per cent of Africa’s 1.2 billion population has received just one dose of vaccines while developed countries like New Zealand have covered 90 per cent of their people with both doses and are on to the third booster.

The enormous inequity in vaccine availability has not been able to persuade developed countries to back the patent waiver wholeheartedly though the US has put its considerable clout behind the move. Even so, it has confined its support only to vaccines and not for other areas like drugs and therapeutics. Rich countries like the European Union are also prepared to back the patent waiver only for the current Covid pandemic, leaving the entire process to be gone through yet again in case another one afflicts the planet.

The forthcoming ministerial conference of the WTO to be held in Geneva from June 12 will have to focus on this issue, given the fact that Covid is not going away anytime soon. Reports of a new disease, monkeypox, ominously suggest that the world has to accept that diseases coming from the animal kingdom may end up as future pandemics. All the more reason for the conference to take firm steps to ensure that all countries whether rich or poor, have the infrastructure to deal with such crises, including vaccine manufacturing capability.

So far, the developed world is reported to have come up with a plan that is rightly being considered inadequate by the original movers of the proposal, India and South Africa. This is because the new plan does not include drugs, therapeutics and medical devices which are essential in treatment during any pandemic. The need for technology transfer has also been highlighted by this country as otherwise it would not be possible to undertake the manufacture of vaccines.

The US is also not prepared to accept a voluntary commitment by China not to opt for the patent waiver and is insisting on the provision to ensure clarity. Differences between the two countries could actually end up sabotaging the entire patent waiver plan unless a compromise is arrived at, since decisions at the WTO are taken by consensus of all 164 members.

It must be recalled that the patent waiver proposal has already taken over 18 months to reach the stage of being considered formally by the ministerial conference. It was in October 2020 that India and South Africa had submitted a scheme for a waiver for all WTO members on the implementation of certain provisions of the intellectual property rights agreement, TRIPS, in relation to Covid-19. A revised plan was put forward by 62 co-sponsors in May last year including India, South Africa and Indonesia. This envisages that the waiver should be in force for at least three years from the date of the decision on the matter. It has also covered health products and technologies under its purview. In this context, it has pointed out that Covid treatment involves a range of goods and intellectual property issues may arise with respect to the products and technologies as well as their materials, components and means of manufacture.

Initially, the response to the proposal was that there is already an existing provision for compulsory licensing that is available to every member country in times of crisis. It also includes a provision for imports. But in the case of a pandemic like Covid, it would be a time-consuming process for each country to seek compulsory licensing approvals. Hence, adopting the scheme mooted by India and South Africa was essential as it provided for a blanket waiver for production of vaccines, drugs and medical equipment.

The global pharma lobby has naturally been putting pressure on Western nations to stall the move on the grounds that it will stifle innovation and prevent drug companies from reaping the fruits of their investment in research and development. But in the case of Covid, the financing of the research and rapid development have been possible only by several governments having poured billions of dollars into these efforts. It was due to this massive financing initiative that a Covid vaccine was developed in less than a year, a process that earlier used to take from five to ten years. It is thus in the fitness of things that these companies which have benefited from public funds should use their resources for the public good.

The forthcoming WTO ministerial conference which is being held after a gap of five years must take a long-term view on the issue of the patent waiver. It must factor in the fact that Covid could be the first of many deadly viruses that will engulf the globe, as is being predicted by many experts. Bill Gates has already suggested that the World Health Organisation (WHO) should set up a surveillance task force to present future outbreaks. The human and financial cost of the pandemic also needs to be taken into account. Over 6.2 million people are reported to have lost their lives while the International Monetary Fund (IMF) has estimated that it will cost the global economy $12.5 trillion by 2024. Thus a patent waiver that will help in prevention and treatment of future pandemics cannot be delayed any further and must be put in place immediately.