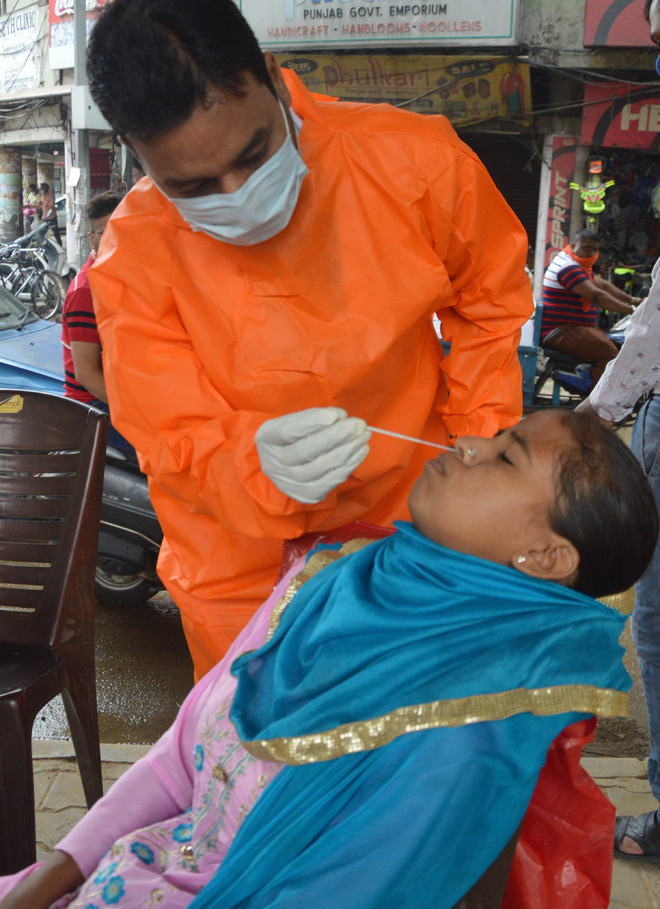 As many as 135 persons tested positive for Covid, while six persons lost their lives to the virus in the district today. Those who tested positive include an expectant mother and a healthcare worker, while 32 patients are still being traced.

Meanwhile, at a solemn occasion at a local restaurant, representatives of Khalsa Aid, Hemkunt Foundation and A Little Happiness Foundation received five oxygen concentrators each from of the representative of the India Business Council.

Three more patients were diagnosed with black fungus. One is from Ludhiana and two from other districts.

Total 97 confirmed patients of black fungus have been detected at various city hospitals and 49 are active patients.