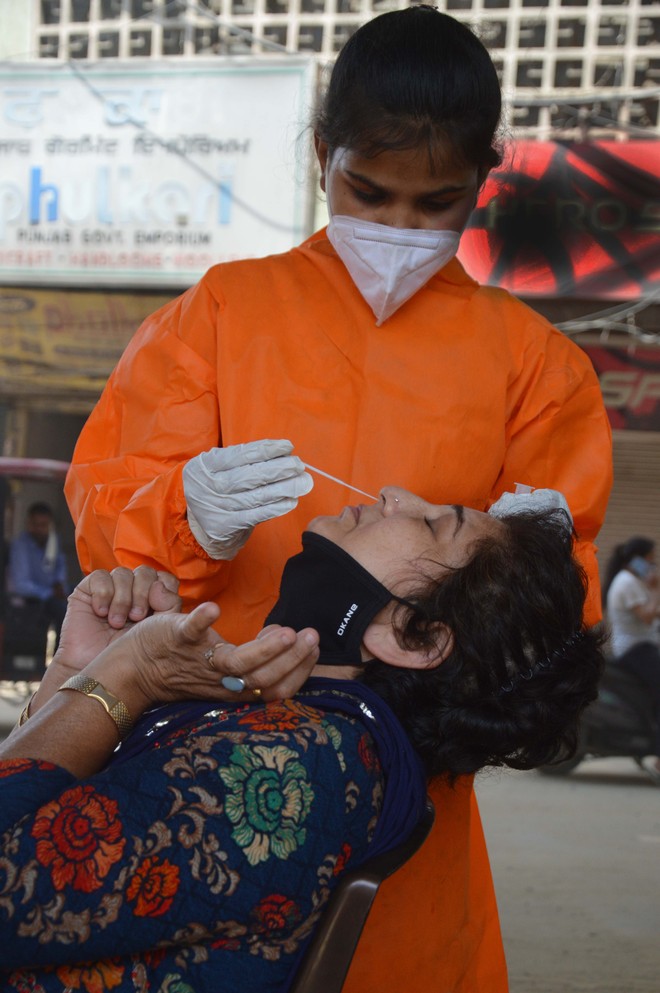 A woman being tested for Covid in Ludhiana. Inderjeet verma

As many as 203 persons tested positive for Covid today while three lost their life to the virus. Now, the total number of positive cases from Ludhiana district are 85,454 while 2,029 persons have lost their life so far. Now, the case fatality rate of the district is 2.37 per cent.

Those who tested positive today also include two expecting mothers, one pre-operative case and a healthcare worker while 30 are still being traced.

The persons who succumbed to the virus today include two men and a woman who belonged to the Urban Estate, Mundian Kalan and Prem Vihar areas in the district.

On Sunday, 83 patients were admitted to government hospitals, 282 to private hospitals in the district and 32 persons were on ventilator support.

Of these, 13,56,550 samples were found negative while reports of 350 were pending. As many as 14,427 samples of suspected patients were sent for testing today and their results are expected shortly.

Deputy Commissioner Varinder Kumar Sharma appealed to residents to adhere to all Covid safety protocols to not only save themselves but also people around them.

Today, two new patients suffering from black fungus were detected. One of the patients is from Ludhiana while the other belongs to another district. A total of 94 confirmed cases have been detected so far.

The patients have been admitted to various hospitals. Twelve persons have lost their life so far to the disease of which four belonged to Ludhiana and eight to other districts.