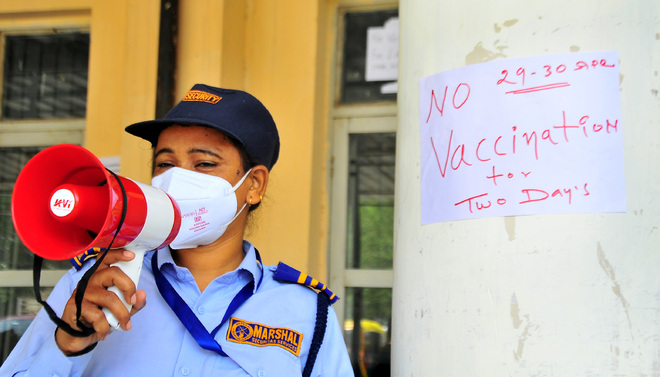 The maximum deaths were reported from Hisar 12, followed by 11 each in Ambala and Jind, nine each in Gurugram and Bhiwani, seven each in Faridabad, Panchkula, five each in Karnal, Palwal and Fatehabad, four each in Rohtak and Kaithal, three in Sirsa, two each in Sonepat and Kurukshetra and one in Nuh.

As per official bulletin, there were 1,267 critical cases in 12 medical colleges of the state.

Meanwhile, Health Minister Anil Vij has directed officials of the Health Department to ensure that all government and private laboratories in the state prepare the Covid test report within 24 hours of collecting the samples so that the patients get timely medical facility.

Ambala: Thirty one juveniles tested positive at an observation home in Ambala City on Thursday. As per the Health Department, 85 samples, including 71 of juveniles, were tested, of which 31 samples were found positive. The juveniles who tested positive have been isolated. The district, meanwhile, also recorded highest single-day spike of 487 fresh cases and 11 deaths on Thursday. TNS 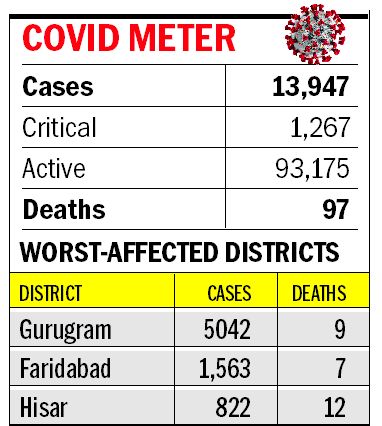