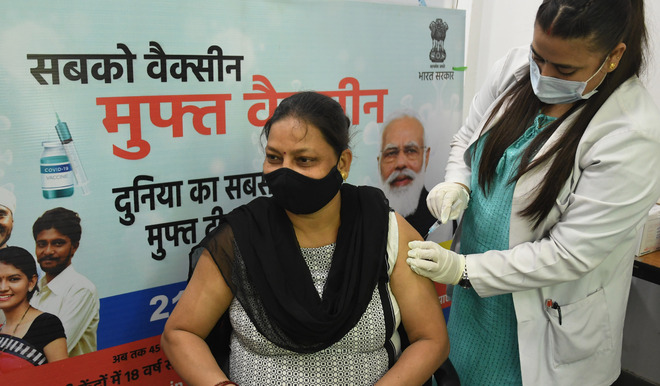 A woman gets vaccinated at the GMSH-16, Chandigarh. Tribune photo: Pradeep Tewari

Chandigarh: The city reported one death and four fresh cases of coronavirus on Thursday. A 92-year-old woman from Mani Majra, who was being treated at the GMSH-16, died of the virus. The overall tally has risen to 65,142 while the toll reached 816. Six patients were cured of the disease in the past 24 hours. TNS

Mohali: The district reported seven fresh cases of Covid-19 in the past 24 hours, taking the overall tally to 68,658. Meanwhile, no fatality due to the virus surfaced while five more patients have been cured of the disease. Among the new cases, one each came from Gharuan and Boothgarh, two from Kharar and three from Mohali. No case was reported from Dhakoli, Dera Bassi, Lalru, Kurali and Banur. So far, 67,550 patients have been cured in the district while 1,060 have died. TNS

Panchkula: The district reported two fresh coronavirus cases on Thursday, taking the overall tally to 30,699. The Covid toll remained at 377. While 30,309 people have recovered from the disease so far, 13 cases are still active. The recovery rate stands at 98.72 per cent. TNS 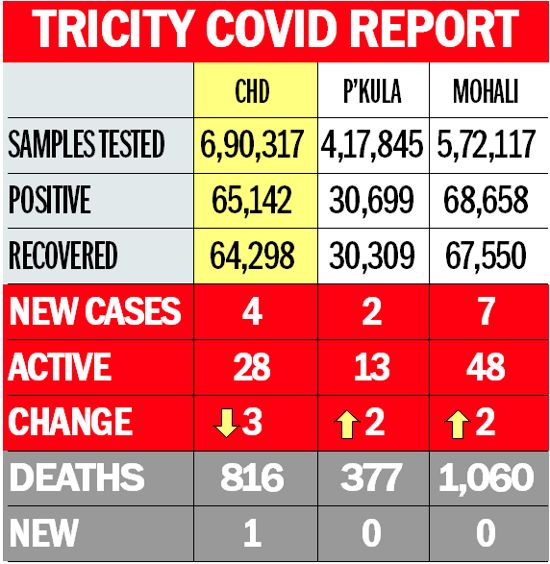