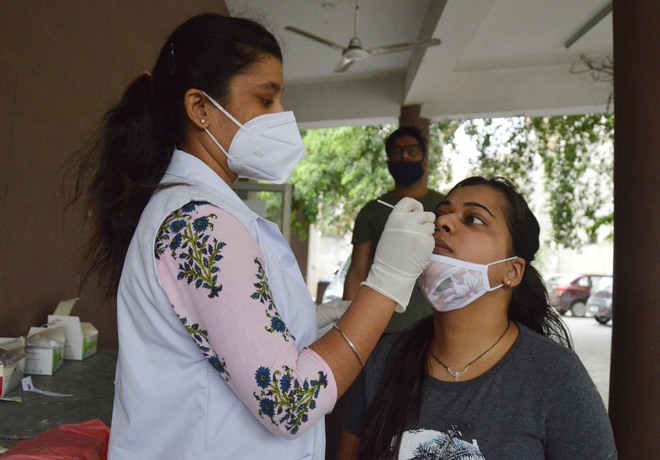 A woman gives sample for the Covid test in Ludhiana. inderjeet verma

Today only four persons tested positive for Covid and no death due to the disease was reported in the district. In this month, on many days cases were reported in single digit only.

Nine persons tested positive on July 18, seven on July 17, eight on July 16 and five on July 14. The recovery rate of Covid-19 patients has reached at 97.46 per cent, while there were 126 active patients in the district today.

A total of seven persons — four from Ludhiana district and three from other states/districts — tested positive in the last 24 hours.

The total number of persons who lost their lives are 2,093 from Ludhiana and 1044 from other districts.

“As many as 7,843 samples of suspected patients were sent for testing today and their results are expected shortly,” said DC Varinder Kumar Sharma.