Plan to inoculate 35 lakh by month-end in Haryana: Anil Vij 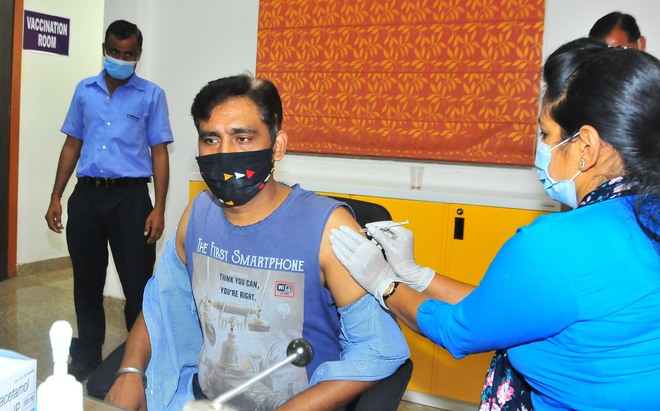 A man receives the jab in Gurugram on Wednesday. S Chandan

Health Minister Anil Vij said by the month-end, efforts would be made to vaccinate about 35 lakh people in the state. So far, over 21 lakh state people have taken the jab.

Vij said the state would take all necessary measures to control the second Covid wave. At present, there are 13,000 active cases in the state and about 25,000 tests are conducted daily, and the positive rate is 4.7%. We are trying to increase testing further, he said.

Earlier, at a meeting, Vij directed the officials connected with the health services of the state to start Covid-19 hospitals again in the state as per the requirement.