3 premises used by PFI in Delhi ordered to be sealed : The Tribune India 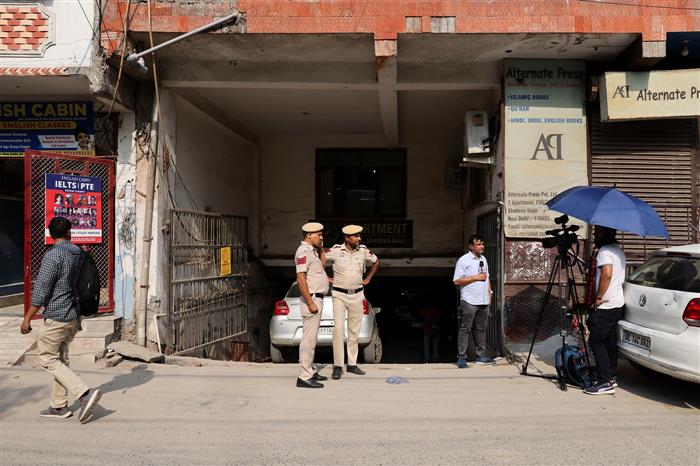 Media persons and cops stand outside the office of Popular Front of India in New Delhi on September 28, 2022. Reuters

Three premises used by the Popular Front of India (PFI) in Delhi have been ordered to be sealed and its funds will be freezed, according to a Union Home Ministry notification.

The move came a day after the central government banned the PFI for five years for allegedly having “links” with global terror organisations like the ISIS and trying to spread communal hatred in the country.

The notification said Delhi Police Commissioner Sanjay Arora issued the order after the Home Ministry on Wednesday delegated the powers to all state and Union Territory authorities to exercise two specific provisions of the Unlawful Activities (Prevention) Act to take action against the PFI and eight of its associate organisations which were also declared outlawed.

The two provisions of the Act are related to sealing of premises and freezing of funds used by a banned organisation.

“I, hereby, also empower the SHO, or any other Inspector of PS Shaheen Bagh to take all actions necessary for the execution of this notification,” the commissioner said in the notification.