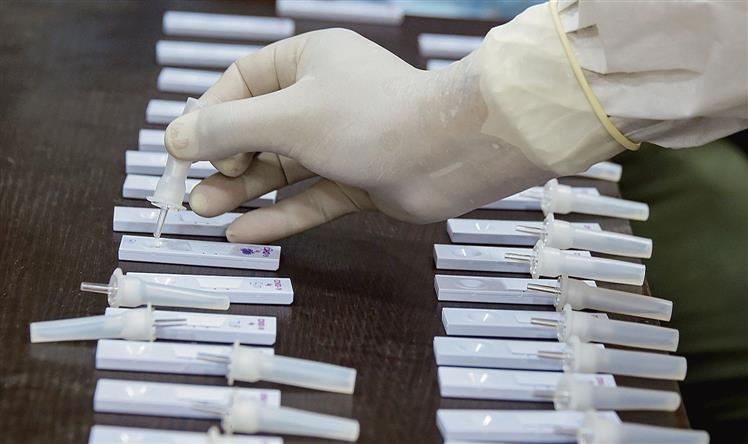 There has been an increase in infectivity rate among older age groups in Chandigarh in the past two months.

The positivity rate among 60 years and above has risen by 4 per cent since February, while 2 per cent increase in infectivity has been observed in the 51 to 60 year age group.

In the last few days, the daily cases in the city are touching the 400-mark. The positivity rate has also jumped to 13 per cent amid a massive spike in cases.

A majority – 40 per cent – of those who are getting infected are in the age group of 20 to 40 years. However, the trend remains similar to what was observed before February.

“Most of the infections are among older adults, and it has been seen that many of those infected are suffering from non-communicable diseases,” said Prof JS Thakur, Department of Community Medicine, PGIMER.

“The elderly groups are also most susceptible to infection,” said Prof Thakur, adding “as far as youngsters are concerned, they contract infection owing to not following Covid-19 appropriate behaviour”.

Due to rise in infectivity among the elderly, the fatality rate is also higher in this age group.

Seventeen persons in the city have succumbed to Covid-19 in the last 10 days, and a majority of those who died of the infection were aged above 60 years.

In the last one week, the number of new infections has grown by an average of 1.2 per cent every day.

For every 100 confirmed cases, 88 have recovered from the virus and 11 are currently infected.

The positivity rate among those aged 60 years and above has risen by 4% since February, while 2% increase in infectivity has been observed in the 51 to 60 age group.