According to the Ministry of Earth Sciences’ air quality monitor, stubble burning accounted for 15 pc of Delhi’s PM2.5 pollution on Friday 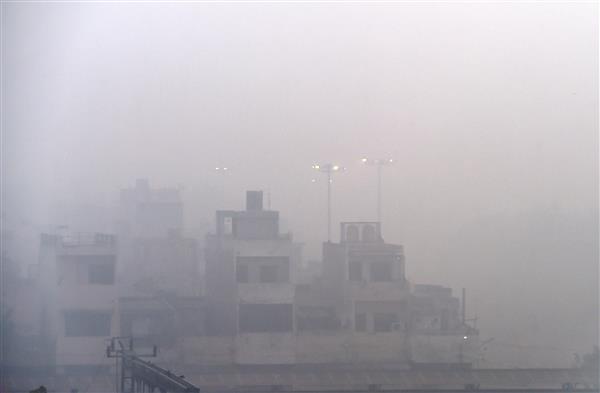 Delhi’s air quality recorded a marginal improvement on Saturday morning due to favourable wind speed but remained in the “poor” category.

Government agencies said the air quality index (AQI) was likely to improve to the “moderate” category later in the day.

The Central Government’s Air Quality Early Warning System for Delhi said the air quality in Delhi-NCR was likely to improve further to the “moderate” category on Saturday.

The predominant surface wind direction was northwesterly and the maximum wind speed was 20 kmph on Saturday, it said.

The central agency said the AQI was likely to deteriorate to the upper end of the “very poor” category between Tuesday and Friday as “unfavourable meteorological conditions” are predicted during that period.

Around 800 farm fire counts were observed over Punjab, adjoining Pakistan and Haryana on Friday, it said.

According to the Ministry of Earth Sciences’ air quality monitor, SAFAR, stubble burning accounted for 15 per cent of Delhi’s PM2.5 pollution on Friday. The figure was 20 per cent on Thursday, 8 per cent on Wednesday and 3 per cent on Tuesday.

A ventilation index lower than 6,000 square metre per second, with an average wind speed less than 10 kmph, is unfavourable for dispersal of pollutants. PTI