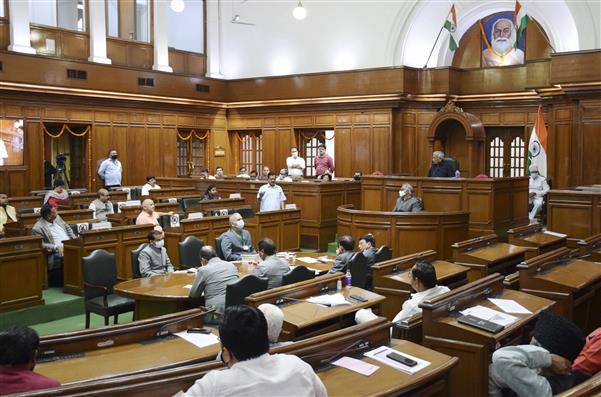 BJP MLAs were marshalled out of the Delhi Assembly on Tuesday after they opposed discussion over MLAs writing letters to help people of their constituency.

After the House resumed following an adjournment of 10 minutes, Deputy Speaker Rakhi Birla allowed the debate on the issue raised by AAP MLAs following allegations that they wrote letters for the posting of DTC drivers.

The issue was raised by AAP MLA Sanjeev Jha who said they wrote letters in their capacity as public representatives.

Noting that the issue raised by Jha was a serious one, Birla allowed a debate on it.

However, BJP MLA Mohan Singh Bisht protested against holding a debate on the issue, saying a resolution needs to be brought for the debate.

Birla said there was consensus of the House for the debate and she can allow the debate under Rule 293.

As the BJP MLAs continued their protest against the debate, the deputy speaker asked marshals to remove all the BJP MLAs from the House for disrupting the proceedings and disobeying her orders.