Experts warn of imminent third wave of Covid-19 in September-October : The Tribune India

Paediatric facilities nowhere close to what may be needed, says report; calls for for prioritising vaccination among children with co-morbidities, disabilities 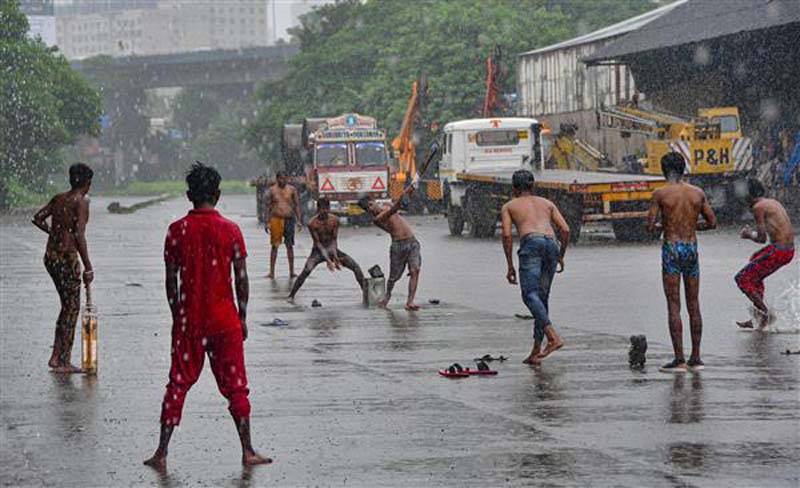 Children play cricket on a road in Mumbai on August 18, 2021. PTI photo

An expert panel, set up by an institute under the Ministry of Home Affairs (MHA), has predicted a third wave of Covid-19 hitting the country anytime between September and October and suggested significantly ramping up vaccination pace.

The committee of experts, constituted by the National Institute of Disaster Management (NIDM), also said that children will have a similar risk as adults since paediatric facilities, doctors and equipment like ventilators, ambulances, etc. are nowhere close to what may be required in case a large number of children become infected.

The report, which has been submitted to the Prime Minister’s Office (PMO), observed that only around 7.6 per cent (10.4 cr) people are fully vaccinated in India and if the current vaccination rate is not increased, India can witness six lakh cases per day in the next wave.

“Leading experts have repeatedly warned of an imminent third Covid-19 wave in India. Epidemiologists predict a series of surges till we achieve herd immunity through infection or vaccination and the disease becomes endemic,” the report said.

The NIDM report quoted the prediction of experts from IIT Kanpur which suggested three likely scenarios for the third wave based on the level of unlocking.

In scenario one, it said that the third wave could peak in October with 3.2 lakh positive cases per day.

In scenario two, with the emergence of new and more virulent variants, the third wave could peak in September with likely five lakh positive cases per day.

In scenario three, the experts predicted that the third wave could peak in late October with two lakh positive cases per day.

According to the report, earlier, it was proposed that if 67 per cent of the population became immune (a few by infection and rest through vaccination), herd immunity could be achieved.

But this has now been complicated by the new and more virulent mutated variants of SARS Cov-2 that have the ability to escape immunity from earlier infections and in some cases even the prevalent vaccines, it said.

This has pushed the target immune population for achieving herd immunity to 80-90 per cent.

Hence, our health system and vaccines are caught in a race against the virus and are trying to catch up with risks that are evolving every day creating uncertainty all over the world, it said.

The NIDM is now taking a clue from several warnings indicating an imminent third wave, trying to understand them and prepare for the third wave. With this backdrop, it engaged with multiple stakeholders from diverse backgrounds in an attempt to formulate consolidated recommendations for actions that can prevent or mitigate an impending surge.

The report said there isn’t sufficient data to back widespread fears that children will be hit more severely in the anticipated third wave of the pandemic. However, as the virus continues to evolve, this is going to be a major challenge for children as there is no approved vaccine for children in India yet (first week of August).

Children with Covid-19 infection have largely been seen to be asymptomatic or develop mild symptoms. But this becomes worrisome in case children have any comorbidity or other special needs.

According to the Ministry of Health and Family Welfare, out of all the children hospitalised due to Covid, 60-70 per cent had comorbidities or low immunity.

Children have also been seen to develop MIS-C (Multi-system Inflammatory Syndrome) which is a rare but extremely serious condition developed post-Covid recovery, it said.

According to the Covid vaccination dashboard of the Ministry of Health and Family Welfare, as of August 2, 2021, 47,85,44,144 (over 47 crore) individuals have been administered at least one dose of Covid vaccine.

According to a recent study done by professors and alumni from Pandit Deendayal Energy University (PDEU) in collaboration with Nirma University, the vaccination rate of India is currently 3.2 per cent and if does not improve, India can witness six lakh cases per day in the third wave.

But if the government’s proposal to increase this rate by five times (1 crore doses per day) comes to fruition, India will see only 25 percent of the cases (seen in the second wave) during the third wave peak.

The largest state in India, Uttar Pradesh, has 42 per cent vaccination of women, West Bengal has 44 per cent female coverage, Dadra and Nagar Haveli (predominantly rural UT) 30 per cent.