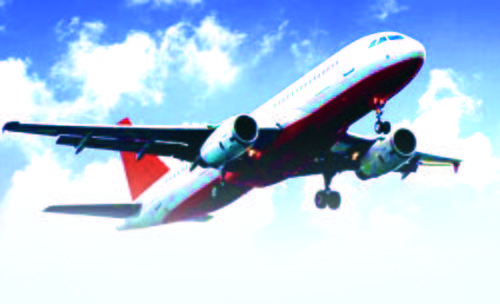 High cost of migration and lack of remittance back home is leaving families in rural Patiala under debt. - File photo

High cost of migration and lack of remittance back home is leaving families in rural Patiala under debt.

A study on the trend of migration from rural areas of Patiala from 1950s until 2019 published in the Indian Journal of Economics and Development has stated that migration from the region has witnessed a spurt in recent years. The study shows even educated youngsters spent lakhs on the process, many leaving their families under debt. 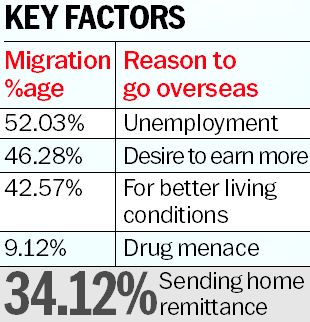 The paper, “Socio-economic and demographic analysis of international migration from rural Punjab: A case study of Patiala district”, points out that along with unemployment and the desire to earn more, the drug menace has become a significant reason for migration.

Out of 297 migrants from 207 households of five randomly picked villages of Patiala, 52.03 per cent left the country due to unemployment, 46.28 per cent with a desire to earn more, 42.57 per cent for better living conditions and 9.12 per cent left due to drug menace, it said.

The paper published by serving and former faculty members of Punjabi University and its colleges adds that most migrants opted for education as the purpose of migration and used family savings, took bank loans and sold their properties for it.

They also spent Rs 15-20 lakh on the purpose, while some reported spending Rs 20-25 lakh as well. But only 34.12 per cent of all sent home remittances to their families, the study points out, adding that 65.88 per cent migrants sent no remittance.

Dr Gian Singh, former professor, Punjabi University, said this had left over two-thirds of all such families under debt, including 4.35 per cent households reporting a debt of over Rs 20 lakh.

“Among indebted households, 45.55 per cent were under a debt of Rs 5-10 lakh,” he added. The study also states that as most migrants shifted to developed countries of the west, including Canada, Australia, New Zealand, the US and Italy, as such their age, level of education and cost of migration had also significantly affected the state negatively.

The study found that three-fourths of all who migrated were youths aged between 20 and 30 years, followed by those between 15-20 years and 30-35 years. Also, most were educated till secondary level or had a graduate and post-graduate degree. Dr Singh said: “This is causing brain drain, capital drain and loss of demographic dividends.”

The study also evaluates migration on the basis of caste and states that 91 per cent who migrated were from general category Punjabi Jat families.