Beleaguered party needs to rouse itself out of stupor 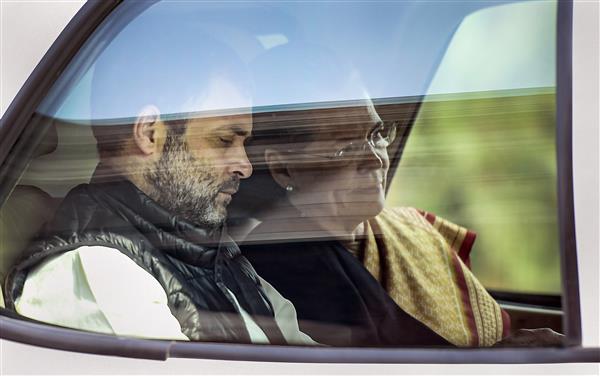 The Congress seems to be making a virtue of its diminishing relevance. After it again drew a blank in the Delhi Assembly elections, the grand old party betrayed a smug satisfaction in having kept the BJP out of power — without lifting a finger itself. Party spokesperson Sharmistha Mukherjee, daughter of ex-President and long-time Congressman Pranab Mukherjee, however, chose to play spoilsport. Hours after the rout, she asked party stalwart P Chidambaram, who had hailed AAP’s victory as ‘defeat of bluff and bluster’, whether the Congress had outsourced the task of defeating the BJP to other parties. In another scathing tweet, she pinpointed the worrisome factors: inordinate delay in decision-making at the top, lack of strategy and unity at the state level, demotivated workers and no grassroots connect.

Sharmistha’s blunt statements are right on the mark. This party is unrecognisable from the one that ruled Delhi for 15 years in a row and also led the UPA at the Centre for a decade. The Congress has delivered a series of underwhelming performances in the past year or so after it wrested the Hindi heartland states of Rajasthan, Madhya Pradesh and Chhattisgarh from the BJP. Restricted to just 52 seats in the 2019 Lok Sabha elections, the national party has had no qualms about piggybacking on regional outfits to form the government in Maharashtra and Jharkhand. It took the Congress over two months to find another president after Rahul Gandhi quit in a huff. But the prospect of having a non-Gandhi chief was nipped in the bud. In an inevitable anti-climax, Rahul was succeeded by his predecessor, Sonia Gandhi. It’s probably just a matter of time before the past-her-prime Sonia hands over the reins back to her son.

Amid the leadership muddle, the Congress has been unable to consolidate its position in states where it has strong satraps, such as Punjab. The manifesto implementation committee for the state was formed only recently, almost three years after the party came to power. The Congress’ hidebound predictability has become its undoing. Unless it revamps and reinvents itself, the party that played a key role in shaping the post-colonial nation will be history sooner than later.