Prioritise sustainable development to save the hills 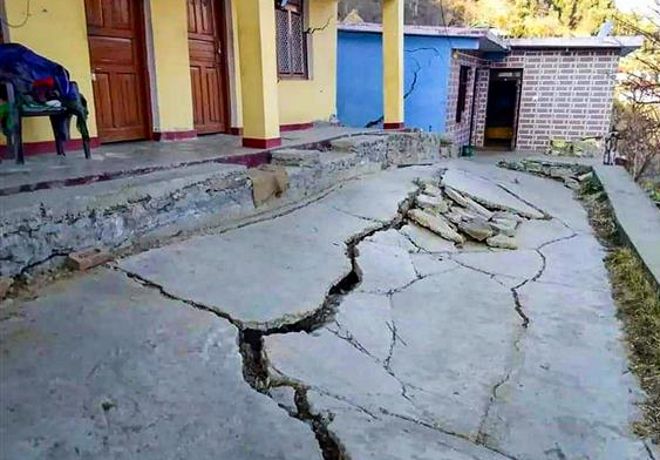 IT’s not only Joshimath that is sinking or crumbling. Land subsidence is also pervading other parts of Uttarakhand, such as Uttarkashi and Karnaprayag. In Himachal Pradesh, The Tribune has reported that houses have developed cracks in two villages of Mandi district, allegedly due to non-scientific cutting of hills for a four-laning project. The link road leading to the two villages has been damaged due to landslides, even as a huge tract of land has developed cracks. The spectre of a Joshimath-like disaster also looms large over the congested hill towns of Shimla and Darjeeling (West Bengal), which are popular among tourists. This is a problem of Himalayan proportions, literally as well as figuratively, not confined to any particular district or state.

Even as the current focus of the Centre and the Uttarakhand Government is on the rehabilitation of Joshimath’s affected residents, there is a dire need for long-term national and state-level plans for disaster prevention in the Himalayas, prioritising it over disaster management and mitigation. Unregulated construction, be it in the name of development or boosting tourism — has taken its toll on ecologically fragile regions. It is ironical that major hospitality chains are busy expanding their footprint in Uttarakhand at a time when several areas of the state are becoming increasingly vulnerable to landslides. An average density of 1.25 landslides per km has been recorded by scientists for the 247-km-long stretch between Joshimath and Rishikesh on National Highway-7.

The adverse impact of subsidence on livelihoods and businesses in Joshimath makes it obvious that tourism cannot survive or thrive in the mountains unless adequate attention is paid to sustainable development. It’s imperative for the courts and tribunals to take a tough stand whenever infrastructure projects — roads, tunnels, power plants etc. — ride roughshod over ecological concerns. Last year, the National Green Tribunal had rightly set aside the state government-approved Shimla Draft Development Plan-2041, terming it illegal and in conflict with its earlier order of regulating construction activity in the Himachal capital. Such iron resolve, coupled with strict enforcement of environmental norms, is needed to save the precious hills and their inhabitants.